Islamic Emirate: 66 civilians killed and wounded over past 24 hours by airstrikes 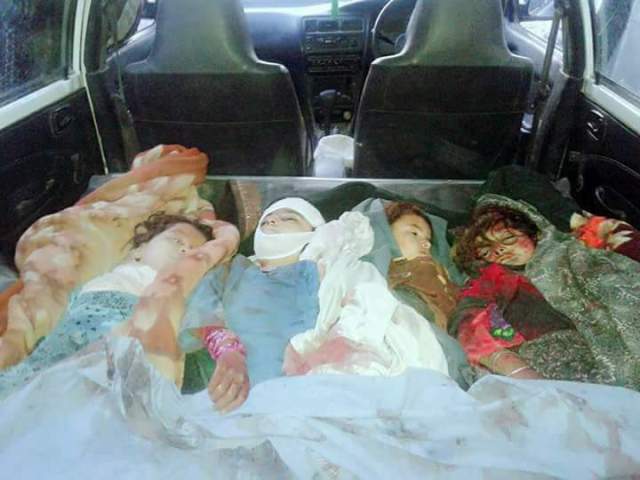 Tens of our countrymen, mostly women and kids, were martyred and injured yesterday in four provinces by the airstrikes of occupying forces and indiscriminate attacks of their hirelings.

The third airstrike carried out by a B52 type bomber hit Qumgozar area of Darqad district in Tarkhar province, martyring 5 innocent civilians including two children, wounding 7 others and destroying homes.

On top of carrying out such barbarity in a single day, the Ministry of Defense of the Kabul regime published a statement labeling all these martyred civilians as Taliban and proudly claiming that they had killed tens of people.

The Islamic Emirate – besides condemning these barbaric attacks by the Americans and their trained hirelings – considers this a great crime against ordinary Afghans deliberately targeting civilians and their homes. It also calls on the media, human right organizations and organs concerned with civilian casualties to fulfill their duties by publishing, condemning and recording these crimes, so it can be ascertained that these humanitarian organs really do care about the lives of human beings.