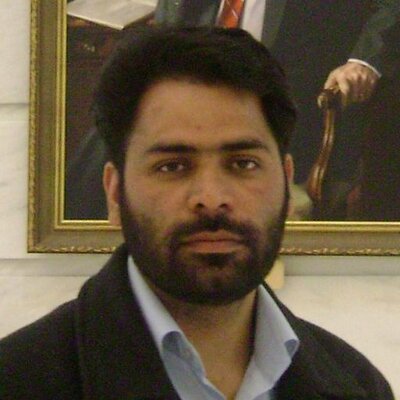 Despite having invitation, valid visa and other necessary documents, Khurram Parvez was detained for one and a half hours, and subsequently told that due to orders from the Intelligence Bureau, he cannot travel to Geneva. Despite repeatedly asking for written orders that he was forbidden to leave the country, he was denied the same. And despite repeatedly asking for reasons, grounds or the basis for the decision to disallow his travel, he was not provided the same. He was only orally informed that immigration officers had instructions that he was not to be ‘arrested’, but that he should not be allowed to leave the country. It appears that Khurram Parvez is not being allowed to travel because he has been – in his capacity as the Chairperson of Asian Federation Against involuntary Disappearances (AFAD) and Program Coordinator of Jammu Kashmir Coalition of Civil Society (JKCCS) – highlighting violations of human rights Preventing Khurram Parvez from travelling is an attempt to criminalize the human rights campaign and documentation work which JKCCS has been involved in for the last several years.

The Kashmiri members of the delegation, besides attending the UNHRC session are scheduled to brief UN bodies including the UN High Commissioner for Human Rights regarding the situation in Jammu and Kashmir, particularly over the last two months. JKCCS was also to participate in India’s Universal Periodic Review [a four year review process of UN States by the Human Rights Council] to be held in April/May 2017. JKCCS has already submitted a report on the role of the Indian State in Jammu and Kashmir as a part of that review process.

This travel ban is a part of the widespread and systematic violence that the people of Jammu and Kashmir continue to face. Over the last 68 days, Fundamental Rights have been curtailed through the imposition of continuous State curfews and restrictions, 80+ civilians have been killed and 10,000+ injured through State forces action with 800+ having received eye-damage including by the use of pellet shotguns and 100+ civilians are partially or permanently blinded. Peaceful gatherings and marches, including funeral processions and public prayers, are met with violence as telecommunication services remain by and large curtailed. Political activists and protesters, including minors, are illegally detained [estimated at 1000+]. The Indian State seeks to isolate the people of Jammu and Kashmir at all costs, and disallowing human rights activists access to the UN is a part of this attempt to isolate and ensure impunity for violence and denial of human rights.

India has staked a claim to a permanent seat at the UN Security Council, and is presently a member of the UN Human Rights Council. Yet, in absolute disregard to its own laws, it denies Kashmiris basic fundamental rights. The international community, particularly the UN, must condemn the attempts of the Indian State to deny the people of Jammu and Kashmir their right to resist, including through human rights work, and urgently intervene through a UN fact-finding mission in Jammu and Kashmir.