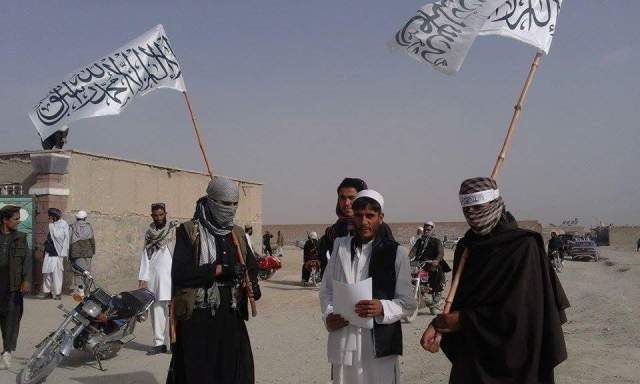 In marked contrast to Islamic Emirate of Afghanistan (Taliban) who choose the occasion of Eid -ul-Adha to free prisoners, Islamic State, Wilayat al-Khayr released a 12 minute video ‘The Making of Illusion’ on September 12th showing the horrific killing of alleged spies at what appeared to be a slaughter house in Deir ez-Zor, north-eastern Syria.

Zabihullah Mujahid spokesman for the Taliban stated, “106 prisoners pardoned and released by decree of Leadership Office of Islamic Emirate on occasion of Eid ul Adha”. Those freed were mainly Afghan security forces and govt workers according to the statement. 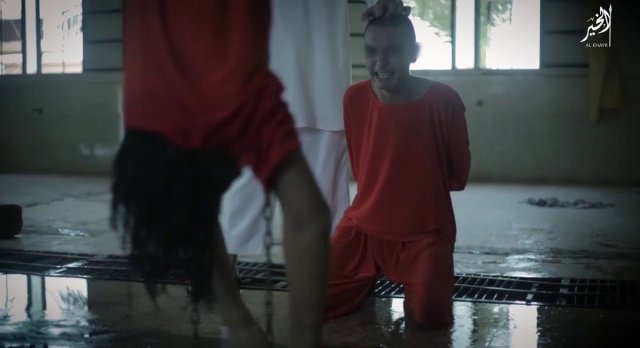 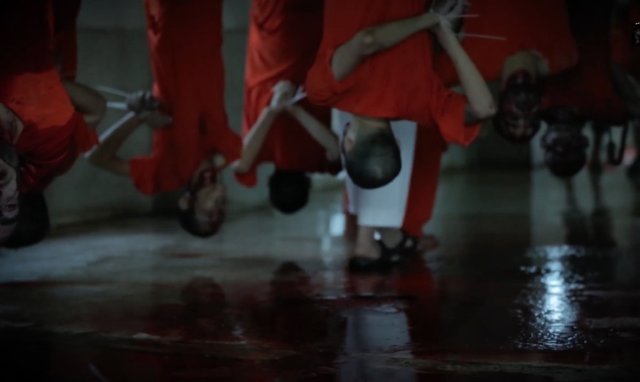 Slaughter of spies by IS like sacrificial animals (Images via Raqqa_SL )

While those released in Afghanistan could return to their families to celebrate Eid, detainees held by Islamic State in Syria suffered a hideous fate, some having to watch their fellow prisoners having their throats cut and hung upside down from hooks, life draining away before they themselves were killed. There appears to have been careful editing as the clothes of the executioners appear remarkably white and unstained despite copious amounts of blood spraying all over the floor, gushing from the dying.

The video also showed a series of film clips featuring actors Simon Pegg and Tom Cruise in the movie “Mission Impossible – Rogue Nation”. In addition there was a look back at past IS executions and attacks including one in July in Nice, France where a truck mowed down dozens of people celebrating Bastille Day, see following link,

The new video from Islamic State, executing “spies” is possibly their worst. Released on Eid al-Adha too, mocking the whole occasion.

Eid-ul-Adha is the “Feast of Sacrifice” where sheep and other animals are killed during the holiday with some of the meat distributed to the poor. On this day Muslims remember that Prophet Ibrahim (Abraham) was prepared to sacrifice his son before intervention from Allah.

“The Islamic State released a video of utter gore. Dozens of men in orange jumpsuits have their throats slit and are then strung up to bleed out. As if they were sacrificial animals for ‘Eid. The whole scenery was filmed in what seems to be an actual abattoir.”

Some of the worst punishments are often reserved for “spies” as opposed to other prisoners where changing allegiance after capture might secure release. Islamic State members may also have experienced torture themselves in notorious regime prisons influencing their actions.