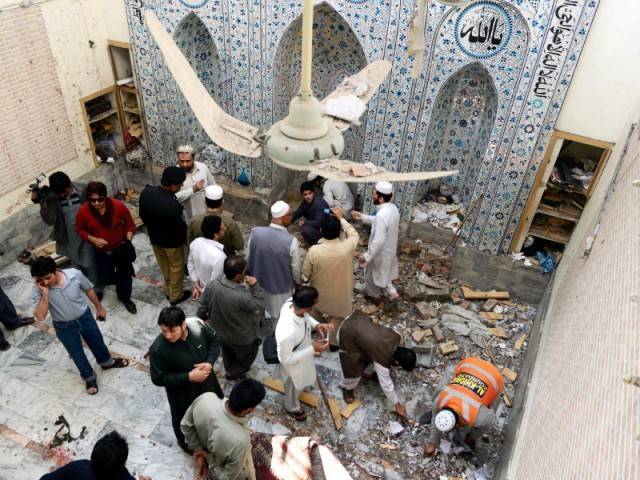 Aftermath of bombing on Mohmand mosque (Image via Radio Pakistan)

“The bombing took place in the village of Butmaina in the Mohmand tribal district bordering Afghanistan, where the army has been fighting against Taliban militants.

Akbar said that the bomber came in as Friday prayers were in progress and blew himself up in the main hall. A curfew was later imposed in the area.”

See article below for full story,

Radio Pakistan reported that the injured were moved to hospitals in Mohmand, Bajour and Peshawar to be treated. 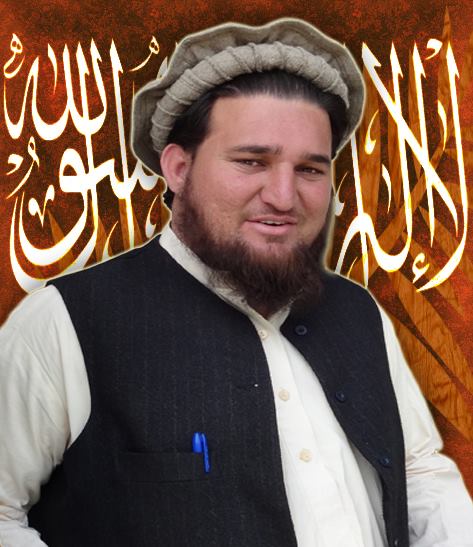 Today, in the Tehsil Anhar of Mohmand Agency, a suicide bomber from Jamaat al Ahrar attacked the so called peace lashkar. Note that in Tehsil Anhar the so called peace lashkar in 2009 had martyred our 13 mujahideen and had arrested a number of mujahideen from Swat and Bajur areas and handed them over to government. We would like to send a message to the Lashkar from Tehsil Anhar and impure army to stop opposition to Islam and Jihad and not to take animosity with Mujahadeen, otherwise as per plan of “operation Al Raad” our fight is going to spread to include Lashkars.

“On Thursday, a woman was killed in a hand grenade attack in Lower Mohmand Agency. An official of political administration said unidentified militants lobbed grenades and opened fire at the house of a pro-government tribal elder Malik Nasir Khan in Shah Alam Sali, Michni. As a result, a woman who was inside the house was killed. However, the militants fled the site after retaliatory fire from the neighbouring houses.”

“Balochistan: Both TTP JA and IS claim responsibility for blast killing dozens at a Quetta hospital”