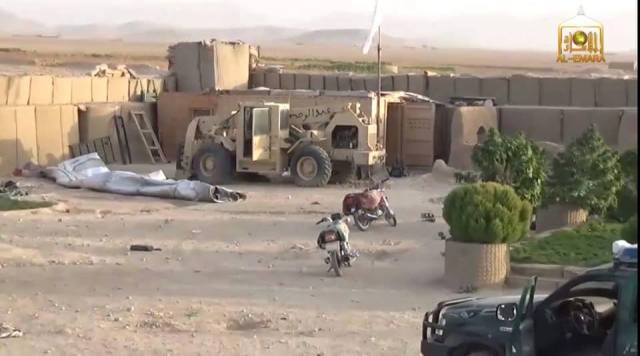 Officials say that 14 gunmen were killed and 2 detained as Mujahideen managed to overrun the post after a brief clash, adding that 2 enemy motorbikes, 3 PKMs, RPG launcher with 12 rounds, 11 rifles, 5000 small arms rounds and a sizable amount of other equipment was also seized.

All praise belong to Allah alone, no Mujahideen were harmed in the successful operation.