Libya: IS fighters drag alleged spy to his death behind vehicle, another digs his grave before being shot

Graphic new video clips have emerged on social media which claim to show Islamic State fighters killing alleged spies in Libya. One man is seen digging his own grave and is then shot in the head. Another is tied by his feet to a vehicle whilst alive with his hands tied behind his back and dragged through the streets of Derna. The man screams in agony as his clothes and body are shredded by the friction of the road.

The men are dressed in the usual Guantanamo style orange jumpsuit with a familiar nasheed which featured in earlier videos as background. 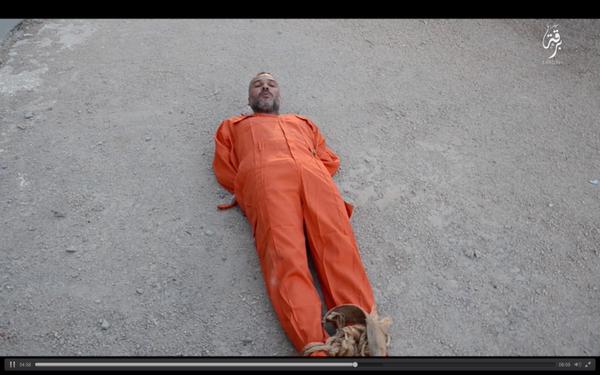 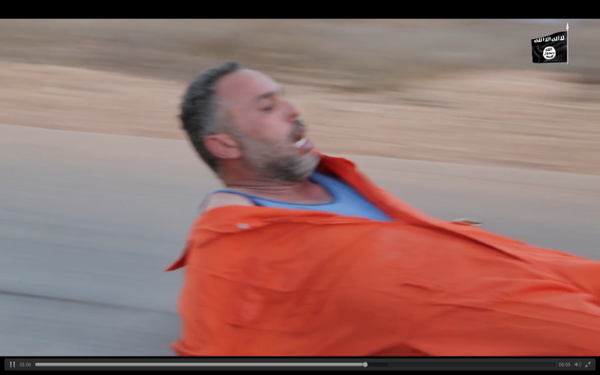 Earlier this year the Daily Express published a clip of what was allegedly the dead body of an IS militant dragged behind a pick-up truck by Syrian rebels, see following link.

Daily Express stated, “the video, posted on Twitter, is said to have been shot in the town of Umm el-Marra, near the northern Syrian city of Aleppo”. IS have stated in the past they operate a “like for like” policy of killing as seen in previous videos. The gruesome actions and retaliations are ongoing in what seems to be an unstoppable cycle of violence.