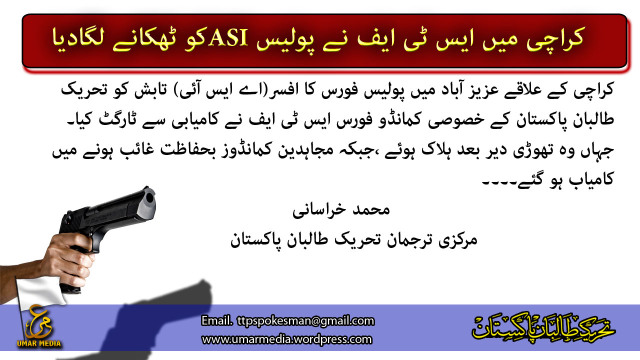 This follows on from the targeting of a police van at Peerbaba, Buner by TTP Commandos on the 13th October 2015 and an assault on two Police Officers at Karachi and one ASI Police Officer in Peshawar on 8th October.

Meanwhile, the Frontier Corps announced the result of their crackdown on facilitators of terrorism, a 3 day operation in Khyber which saw 18 persons arrested as they tried to cross the border with Afghanistan. Dawn media reported the seizure of “foreign and local currency worth 65 million rupees, 2,500 grams of gold and silver ornaments weighing 1,500 grams” which could have been used to buy weapons and finance terrorist activities.