MOAB: Statement of the Islamic Emirate’s Spokesman regarding the latest U.S. barbarity in Nangarhar province 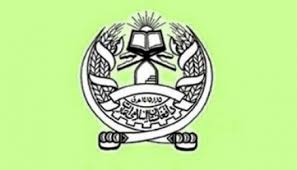 On 13 April 2017 at approximately 7:30 pm local time in Nangarhar’s Achin district, in the area of Mamund valley, American forces dropped – according to their statement – the largest non-nuclear bomb known as the ‘mother of all bombs’. This barbarity was followed with much fanfare with the Americans proudly boasting about it in the media thus showcasing the increasing barbarity of the foreign occupation.

The use and experimentation of such destructive weapons by foreign occupiers on our war-weary people and in every corner of our war-ravaged country is inexcusable. The Islamic Emirate condemns such barbarity in the strongest of terms and considers its perpetrators as war criminals. Such over-proportionate use of destruction poses long-term detriments for the environment and the development of our nation.

The repression of Daesh plots inside Afghanistan is the obligation of Afghans and not of foreigners. If the Americans fear for their security they should foil such plots at their own borders. The use of Daesh as a ploy to kill Afghans, bombard our lands, experiment novel weapons, and extend the illegitimate occupation is unacceptable. On the contrary, it is a historical wrong and a blatant aggression.

Through such actions the Americans hope to portray itself as a force against Daesh while at the same time giving this group visibility and legitimacy and therefore practically strengthening it. In recent months the Islamic Emirate carried out three separate operations against Daesh in Nangarhar yet every time the Mujahideen came close to completely eradicating this group, American aircraft would start bombarding the Mujahideen and forcing them to retreat.

The fact that the Americans claim that their presence in Afghanistan is limited only to a train and assist role while dropping 10 kiloton bombs on our lands only strengthens the voices of independence and Jihad in our land. Such barbarity illustrates that all freedom-loving Afghans ought to adopt a clear stance against the ongoing oppression of our country and no longer be fooled by American extenuations.

We believe that the use of heavy weaponry and destructive bombs in our country is not the answer to the current dilemma. Rather such irresponsible actions only light the flames of vengeance and show the ugly face of foreign occupation.

First on CNN: US drops largest non-nuclear bomb in Afghanistan

‘It felt like the heavens were falling’: Afghans reel from Moab impact

Mother of all Bombs