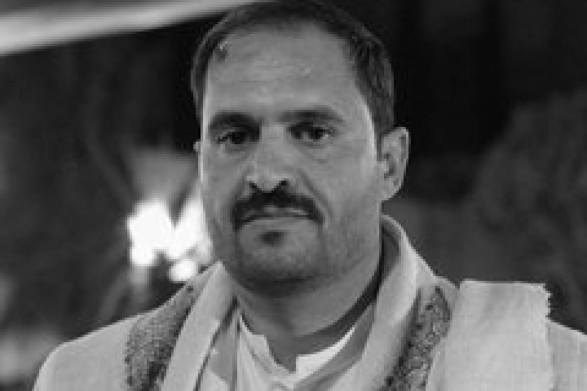 A Yemeni man who lost two relatives in a U.S. drone strike has today demanded an apology from President Obama, following the release of estimated numbers of civilian deaths from American drones.

Mohammed al Qawli, who founded a support organization for Yemeni victims of drone strikes and has previously advised Yemen’s Department of Education, lost his younger brother and cousin to a U.S. drone strike in January 2013.

The Obama Administration has refused to acknowledge any role in the strike, even after the Yemeni Interior Ministry confirmed that Mr al Qawli’s relatives were innocent victims.

Mr al Qawli’s brother, Ali, was a primary school teacher and father of three. His cousin, Salim, was a university student and part-time taxi driver who, as the eldest of 12 children, was responsible for caring for his family.

On Friday, the White House finally released statistics about the number of civilian casualties from U.S. drone strikes outside of war zones, but refused to name the dead or give any further details about when or where they died.

Mr al Qawli therefore has no way of knowing if Ali and Salim are included in the figure.

Mohammed al Qawli commented: “The President’s statistics do very little to comfort those who’ve lost innocent family members in secret drone strikes. My brother was a primary school teacher and a father of three. The Yemeni Ministry of Interior said he was an innocent victim – but the Obama administration will not even admit it had a role in his death. Enough secrecy – Obama must apologize for the deaths of innocent drone victims, and ensure that this never happens again.”

Jennifer Gibson, attorney at Reprieve, said: “For years, President Obama has promised the American public that he would shed light on the CIA’s covert assassination program. A body count without further detail does not do that. True transparency requires more. We need details on when and where strikes were taken, who was killed, and how those casualties were counted. We need our President to own up to mistakes made in the drone program. The American public needs this information to hold its government accountable. And Mohammad al Qawli and the hundreds of other families who have lost innocent loved ones to this shadowy program deserve nothing less.”