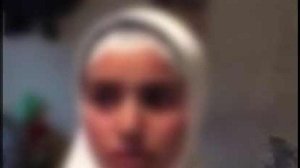 On 18th April 2016, Jammu Kashmir Coalition of Civil Society (JKCCS) released a further press statement in relation to a minor girl allegedly detained following allegations of sexual assault which led to protests and the deaths of 5 people in the region.

Then in consultation with the mother and the uncle of the girl, JKCCS team decided to visit her at Zachaldara, Handwara. At around 9:30 pm the minor girl met the legal team of JKCCS and her mother for the first time after the incident of 12 April 2016. The legal team found on arriving at the residence of minor girl’s maternal uncle that four police personnel, including the Divisional Officer, Police Post Zachaldara, Masroor Ahmad were seated in the room in conversation with the minor girl and family. Following a brief conversation with the police, the team insisted on a private meeting with the family.

In the meeting, the minor girl and family re-affirmed that they wish the legal team to continue to represent them. They stated that they have effectively been kept in illegal police detention and wrongful confinement from 12 April to date. They have been intimidated, abused and kept under constant surveillance. Their phones have been confiscated at the will of the police and access and physical movement has been either completely denied or limited as per the discretion of the police. The minor girl and family have at no point sought police protection. The family and the legal team were discussing the possibility of the family relocating to another location where they could consider and plan their legal strategy moving ahead when they were interrupted by the police.

In the limited meeting that was allowed to take place the following key points emerged from the minor girl and her family:

§ The minor girl has on two occasions – in the video recorded and circulated and in the Section 164-A CrPC statement before the judicial magistrate – been pressurized to testify in a manner as directed by the police. Neither of these statements were made voluntarily.
§ From 12 April to 14 April 2016 the minor girl and family were illegally detained at the Handwara Police Station. From 11 p.m. of 14 April to the morning of 16 April 2016 the minor girl and family were illegally detained at a police personnel’s private residence at Shehlal village who was a complete stranger to the family. On 16 April 2016, the minor girl’s statement under Section164-A CrPC was recorded before the judicial magistrate at Handwara. Her father was not present in court during the recording of the statement. No lawyer was present in court accompanying her. In the courtroom, besides the judge, there were four other persons who the minor girl couldn’t identify. From the night of 16 April 2016 to this morning the family has stayed at Zachaldara under constant police surveillance and control.

Within few minutes of the meeting, the Divisional Officer, Masroor Ahmad visited the house again and asked the JKCCS team to come out for a brief chat. As it was raining outside, the JKCCS team members were asked to sit inside the car. Then without being informed the car was driven to the Police Post Zachaldara. For close to two hours, in a hostile and confrontational atmosphere, Divisional Officer of the Police Post, SHO Police Station Handwara, Ajaz Ahmad and DSP (Operations), and incharge SDPO, Baljeet Singh sought to persuade the legal team to leave the area immediately. The police team denied that the minor girl and family was in “custody” but strongly advised that she and her family not be moved from their present location. DIG, Central Kashmir Range, Ghulam Hassan Bhat, called and also took the position that while the family were not under police custody it would be advisable for the family not to be relocated. The legal team was asked to leave the area. Due to the delay caused by the police, the legal team decided to meet the family, inform them of the meeting with the police officials, and return the following morning to take the necessary steps. While the team again met briefly with the minor girl’s family at their uncle’s residence at 12 in the midnight, the team members witnessed two police personnel sitting inside the room of the girl.

From Zachaldara when the JKCCS team left in their car, it was followed all the way until the team left the Kupwara district. Perhaps this was to ensure that the team doesn’t return to the minor girl’s family.

Today, following last night’s important meeting with the minor girl, her family and the JKCCS legal team, the police have, this morning, told the family to immediately leave the area. The police have confiscated the phone of the family so as to ensure that there can be no contact between the family and legal team. The actions of the police are effectively meant to serve as a message and punishment for the minor girl and family meeting with the JKCCS legal team and deciding to enforce their legal rights. When contacted by a JKCCS representative, and asked why the family is being harassed, DIG, North Kashmir Range, Uttam Chand, challenged the right of JKCCS to question him on behalf of the family. JKCCS also contacted Nayeema Mehjoor, Chairperson of the State Commission for Women, who promised to assist in the appropriate re-location of the family to a private and safe place, away from media and police or other official interference but with unhindered access to the right of the family to lawyers.

The minor girl has sought, and requires, the time, space and privacy to be able to take part in the important investigations. Presently, every effort is being made by the police to harass and intimidate the family. There is an urgent need for the family to be re-located to a safe place, allowed unhindered access to their legal team and be provided any other support they require. The case is listed before the High Court on 20 April 2016, but the ensuing 48 hours are crucial for the minor girl and family and their safety and JKCCS is making every effort to ensure that the police intimidation is stopped. It appears the Government wants to pressurize the family to discontinue the legal struggle.

In the meantime JKCCS yesterday had formally written to the Chief Minister Mehbooba Mufti, Director General of J&K Police, IGP Kashmir, DIG North Kashmir, Divisional Commissioner Kashmir and DC Kupwara for unhindered access of the legal counsels to the family. So far, the Government has chosen to not respond. Today, JKCCS has also sought an appointment with the IGP Kashmir to emphasize the need to immediately end the harassment of the minor girl and her family.

One arrest has now been made in relation to the case with another person sought by police, see following link,

2 Responses to Kashmir: The shaming, siege and intimidation of the Handwara family continues JKCCS (press statement)