The pain of a father missing his son

Amina Masood Janjua, chairperson of rights group Defence of Human Rights Pakistan posted on her Facebook today highlighting another case of a “disappeared” person in Pakistan. She wrote,

“Sher Zaman khan came to DHR to inquire after his disappeared son Akber Khan. Akber was a student of intermediate in 2011 when his village in Ghalani, Mohmand agency was raided and as many as 30 to 35 men were rounded up and disappeared.

From 7th April 2011 to date, five years have completed and even now no whereabouts are known. Baba Sher Zaman is weak, lives hand to mouth and old, doesn’t have any means to struggle for the release of his son. DHR is pursuing the case in the courts as well as on the streets.” 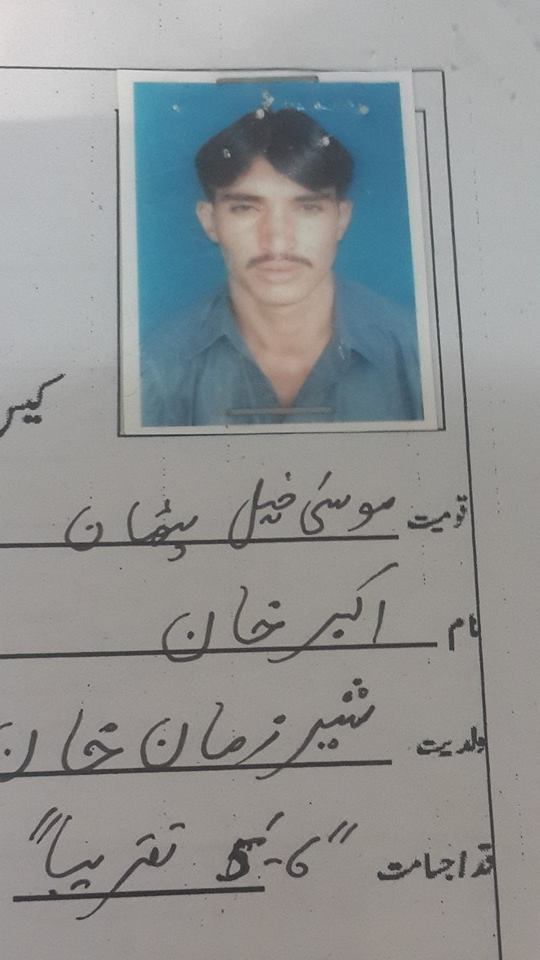 Amina’s own husband disappeared during a bus journey in 2005 and has not been seen since, watch video and read article,

“Disappeared in Pakistan: Wife marks 10th anniversary and calls for Masood Janjua to be freed”