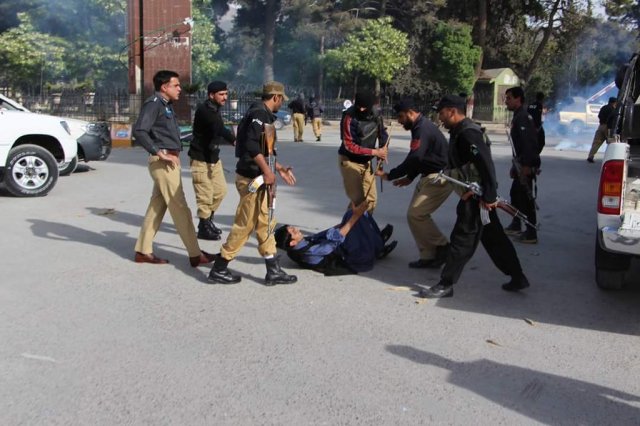 Alleged attack on doctors in Quetta caught on video

Whilst doctors in the UK continue their strikes over a contested work contract which could put patients at risk, doctors in Balochistan closed down outpatients departments throughout the region over alleged police brutality.

The Young Doctors Association (YDA) took to the streets of Quetta to highlight the lack of facilities at Bolan Medical College Hospital and other government-run hospitals, non-payment of salaries and a need for more jobs. The response to the demonstration was brutal and caught on video. According to Pakistani media at least 8 medics were injured as they approached the Red Zone an area of high security as it houses official residences of governor, chief minister, chief secretary, IG and ministers. Police used teargas, carried out an aggressive baton charge and now face allegations of “torture”. 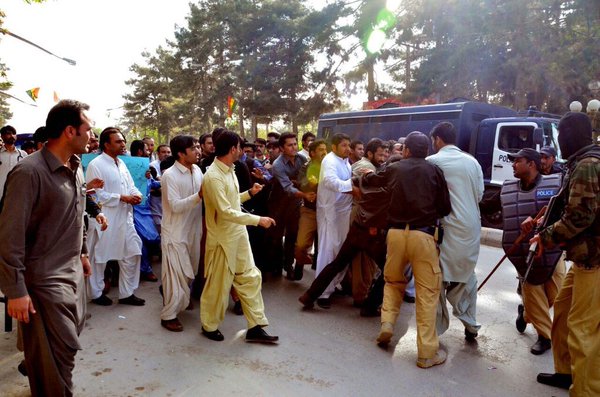 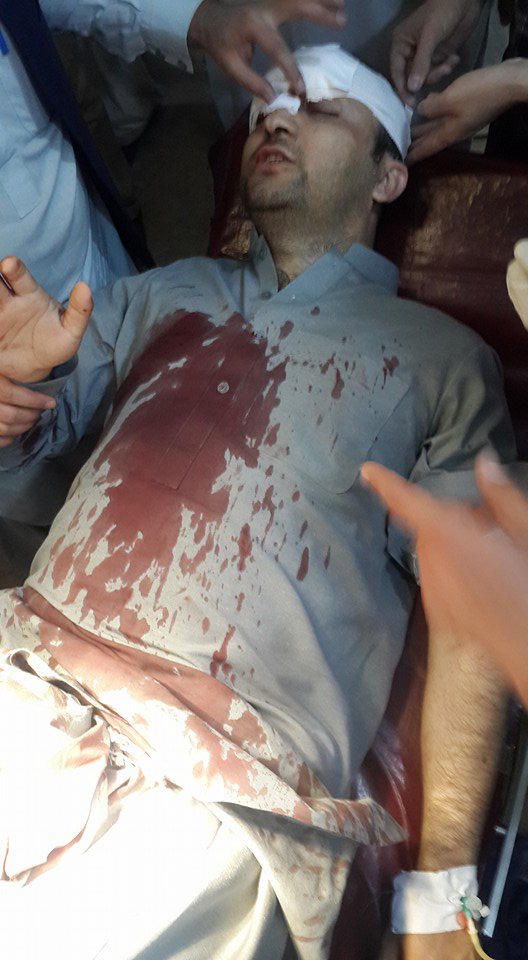 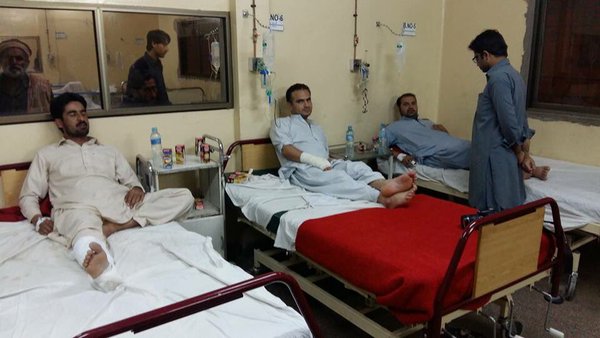 There were calls to suspend police officials after Dr Hafeez Mandokhail, President YDA told Dawn that one of his colleagues had “lost an eye after police torture” and had to be flown in a special plane from Quetta to Karachi for medical treatment. Balochistan has a poor human rights record with “enforced disappearances” and “kill and dump” used on those who speak out against the state.

Dr. Ejaz Ayub writing for In Defence of Marxism stated,

“In solidarity with the Young Doctors of Balochistan, the Young doctors Association of Punjab called for a province-wide strike of OPDs against this brutality and asked the government to immediately fulfill the demands of Young doctors in Balochistan.”

Sami Zarkoon, Convener of Civil Society Balochistan and Imdad Baloch, Deputy Convener of CSB “strongly condemned the act of police brutality against Young Doctors of Quetta and demanded action against the officers involved” according to Balochistan Express. Zarkoon said, “Government should take the demand of young doctors serious and should act on them instantly to solve the matter to ensure smooth functioning of government hospitals.”

Balochistan Home Minister Mir Sarfaraz Bugti tried to calm the situation with the announcement of an inquiry into the incident claiming those responsible would be brought to justice. However in a further development doctors threatened to extend their action, Hafeez Mandokhail later told Dawn, “Government has failed to meet the demands of the doctors, hence we have decided to boycott the ongoing polio campaign.” The vaccination programme is already facing long standing security problems targeted by militants after the CIA used the health initiative as cover in their targeting of Osama bin Laden, see following link,