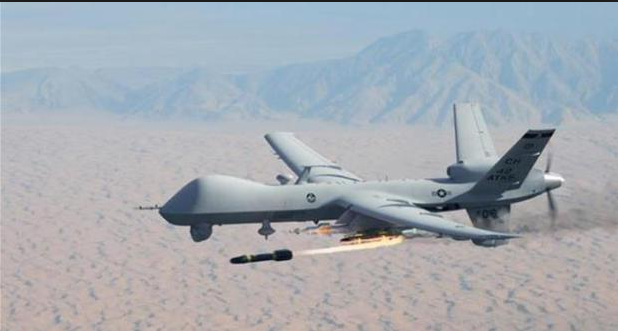 AFGHANISTAN, Apr. 07 – Reports arriving from Paktika province say that on Wednesday, a 3 vehicle convoy of elders from Kakrhzo tribe on their way to solve a dispute among another tribe was targeted by a US drone in Gomal district as a result 18 innocent civilians mostly white bearded elders were martyred, surely to Allah we belong and to Him is the return.

Similarly the US invaders continued their crimes today by targeting another civilian vehicle in Pachir Agam district of eastern Nangarhar province.

The deliberate targeting of the civilian vehicle took place midday today near Pachir Market as a result a renowned local scholar, Mawlawi Abdul Salam Sahib and Per Qamardin Sahib were martyred as well as 3 other innocent civilians critically wounded.

This comes as the foreign invaders have once again carried out indiscriminate airstrikes on Dashti Archi district in northern Kunduz province, destroying and damaging the homes and properties of poor villagers.