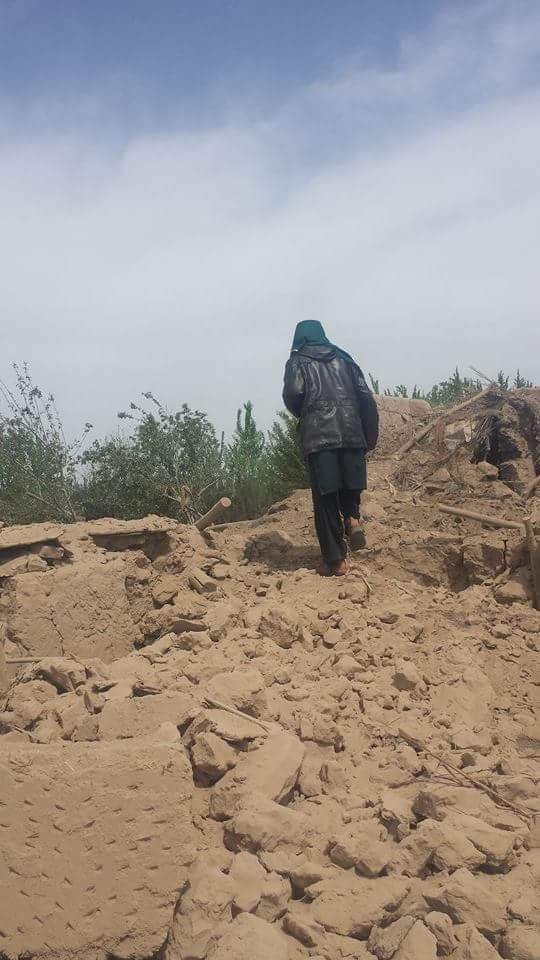 On Tuesday 1st March, a woman was martyred and another seriously wounded in the indiscriminate heavy shelling of internal stooge forces in ‘Gharib Shah Khail’ village of ‘Afghania’ area in ‘Najrab’ district of ‘Kapisa’ province.

On Thursday 3rd March, a woman and five children of one family were martyred and another woman was wounded in the indiscriminate mortar shelling of internal mercenary soldiers in ‘Char-Deh’ village of ‘Sangin’ district in ‘Helmand’ province.

On Monday 7th March, two children were martyred by the unrestrained Arbaki militiamen in ‘Pir-Koti’ area of ‘Urgun’ district in ‘Paktika’ province. Local people demonstrated inside the main district bazaar against this felony of local Arbakis and demanded the trial and punishment of the perpetrators.

On Monday 7th March, three ordinary villagers were incarcerated during a raid of foreign invaders and their internal stooge soldiers in ‘Koh-Daman’ area of ‘Imam Sahib’ district in ‘Kunduz’ province.

On Tuesday 8th March, the mercenary soldiers headed by ‘Atta Noor’, a notorious warlord, inflicted severe financial losses and casualties on local innocent people after fighting with Taliban in ‘Panj’ area of ‘Kushinda’ district in ‘Balkh’ province. Local people said that their valuables were looted, their houses put on fire, and seven innocent countrymen martyred by these stooge savage soldiers.

On Friday 11th March, an innocent youth was martyred by local stooge soldiers in the suburbs of ‘Qara Bagh’ district in ‘Ghazni’ province. Relatives of the deceased youth shifted his corpse to the district center to protest and asked for justice, but their voices fell flat on local officials.

On Saturday 12th March, a public transport vehicle was targeted and hit by the local mercenary soldiers on the main ‘Lashkargah-Kandahar’ road in Helmand province, in which, one innocent civilian was martyred and another one was wounded.

On Monday 14th March, an innocent women and a child were martyred in an indiscriminate drone strike of brutal foreign invaders in ‘Kata Khail’ area in the outskirts of center of ‘Kunduz’ province.

On Saturday 19th March, a child was martyred and another one was wounded in the heavy shelling of internal stooge soldiers in ‘Malakan-Kala’ area of ‘Hisarak’ district in ‘Nangarhar’ province.

On Sunday 20th March, a detention center for prisoners of law-suits administered by Taliban was raided by the brutal foreign invaders collaborated by the local mercenary soldiers in ‘Shoraki’ area of ‘Grishk’ district in ‘Helmand’ province. In this joint attack, seven prisoners of this detention center were martyred, five of them were wounded and eight others were taken away by these brutal forces.

On Sunday 20th March, ‘Mahmandan’ area near the center of ‘Kunduz’ province was raided by the savage foreign invaders and their internal mercenary soldiers. During the search operations, local people were intimidated; their valuables were looted and six innocent countrymen were taken away as prisoners.

On Friday 25th March, civilian houses in ninth block of ‘Marja’ district in ‘Helmand’ province was attacked by indiscriminate drone strikes, in which, tens of innocent people were martyred and wounded, and heavy financial losses were inflicted on them.

On Monday 28th March, after a fighting with Taliban, civilian areas were intentionally and indiscriminately hit by the local stooge soldiers in ‘Bakht Abad’ and ‘Shore Abad’ areas of ‘Shindand’ district in ‘Herat’ province, in which, eight innocent villagers were martyred and several houses were badly damaged.