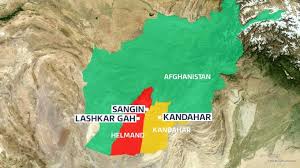 HELMAND, Mar. 03 – A recent report states that a woman and 5 children have been martyred along with another woman wounded after the enemy forces shelled a compound in Chahardi Killi area of Sangin district early this morning.