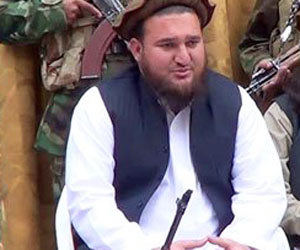 Ehsanullah Ehsan, spokesperson of Pakistan Tehreek-e-Taliban Jamaat -ul-Ahrar claimed responsibility for an improvised explosive device (IED) on a vehicle in Ambar tehsil of Mohmand Agency on Tuesday which killed 2 USAID officials, injuring 2 others.  He sent a statement to media which said,

“In Tehsil Ambar of Mohmand Agency, the mujahadeen of Jamaat ul Ahrar sent one official including his driver to hell of FATA (Federally Administered Tribal Area) secretariat. using a remote control bomb. Whereas in this attack, the Tehsildar of Tehsil Ambar, Faramosh Khan including four apostates (non believers) were injured. By the grace of Allah, the responsibility of this attack is accepted by Tehreek e Taliban Pakistan Jamaat ul Ahrar. Our attacks will continue till the enforcement of Islamic system. Allah Willing.”

“according to the political administration officials, tehsildar Faramosh Khan was on an anti-poppy drive in Ambar tehsil area along with Anti-Narcotics Force officials and USAID campaigners when an IED device planted on the roadside exploded.”

As a result of the explosion, the USAID campaigners were killed while tehsildar Faramosh and an ANF official sustained injuries.”

It is unclear whether the US officials were an intended target and if their presence in the convoy was known before the incident. Khalid Khan, Cyber Journalist, working with Pakistan’s Largest Media Group pointed out, “US personnel normally hide their positions, movements etc”.