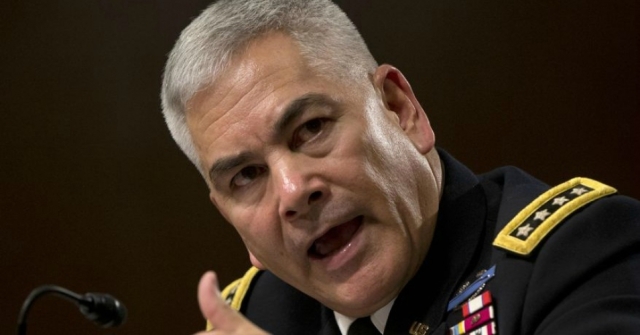 The commander of the foreign occupying forces, General Campbell stated in an interview with USA today magazine that he would request the Obama administration to leave troops in Afghanistan for longer that originally intended. He also stated that he would not hesitate to ask for more troops on the ground in Afghanistan.

Recently Obama declared that he would maintain the current force level of over 10,000 troops until the end of 2016 before slashing it in half in 2017.

General Campbell emphasized that he will try to maintain a maximum force level for as long as possible.

The Obama administration declared an end to its ‘combat mission’ in Afghanistan at the end of 2014 and ostensibly limited that role of the remaining troops to that of training and advising Kabul’s security forces.

Yet despite this declaration, foreign troops have taken part in pitched battles in Konduz and Helmand provinces as well as regularly carrying out night raids and indiscriminate aerial bombardment. Their activities in Konduz resulted in the illegal bombing of the Doctors Without Frontiers Hospital which killed dozens of civilians.

It should be kept in mind that that was not the only incident where foreign forces have killed civilians that year. Rather it only gained momentum and a public acknowledgement because foreign staff workers were involved. Every month Afghan civilians face such indiscriminate death but unfortunately their misery is hardly acknowledged in the media or by the perpetuators.

In recent weeks foreign involvement in Helmand province has again brought misery and death to the civilians of that province. Yet the media hardly mentions the tragedies of these villages and families.

Yet despite the suffering they have caused and the futility of their mission, General Campbell and the Pentagon continue to press with their requests for further troop involvement. Understandably the Defense Department saw a huge surge in its budget and powers following the invasions of Afghanistan and Iraq and now they are reluctant to relinquish those privileges.

Many analysts cite the case of Iraq after the US withdrawal or Afghanistan after the Soviet withdrawal to argue that a complete disengagement is tantamount to defeat and that the US should preserve at face-saving presence in Afghanistan to prevent a complete collapse of the Kabul regime.