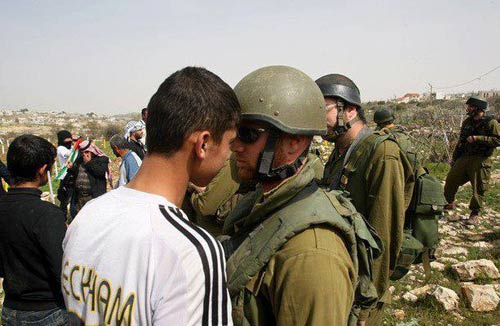 The previous two parts of this series discussed how societal change often erupts into an open competition between the proponents of change and society’s natural conservative tendencies. And this societal resistance despite the fact that change has often propelled humanity to a higher state of knowledge and development. To emphasis this point the previous part of this article briefly outlined some historical developments that propelled humanity towards scientific or moral advancement and yet were met by strong societal resistance. This part will continue with that theme discussing the emergence of Europe from the Dark Ages. At the risk of oversimplifying complex historical trends, the article will only provide a brief historical outline of these developments.

The cradle of Europe’s Renaissance were the Italian and Iberian Peninsulas. The interaction of Berbers, Arabs and Spaniards in the Spanish Peninsula and the Venetian trade around the Mediterranean Basin led to the reintroduction and dissemination of scientific and philosophical writings in continental Europe. The translation of ancient Greek and Arab texts’ to Latin reawakened the European mind.

The Spanish Reconquista left many of these texts in the hands of Europeans. These texts first gave rise to the reawakening of religious philosophy. These philosophical discussions served as a catalyst for the rethinking of religious debates which in turn gave rise to new and novel ideas such as those of John Calvin which resulted in the Protestant Reformation.

These new ideas soon resulted in violent clashes between the supporters of the Reformation and the champions of the conservative ideas. An example of this conflict was the Thirty Years War that devastated Germany and ended with the Treaty of Westphalia.

The conflict between these groups were so violent and lasting that there soon emerged a third group which expressed deep abhorrence for the role of religion in the public sphere and instead championed the role of reason in this sphere. These ideas gave rise to the European Enlightenment movement, which soon gained prominence in Europe and in turn lead to even greater battles between the secular proponents of reason and the defenders of religious authority.

Examples of such battles can be found in the English Civil war and the French Revolution. Other examples of wars fueled by Enlightenment ideals (i.e. the subservience of religion to temporal authority in the public sphere) were arguable the American War of Independence and the Communist Revolution in Russia.

While many westerners today take their peaceful situations for granted, in truth this situation was preceded by centuries of conflict between proponents and opponents of change in their society.

The writers and thinkers of today find themselves confounded by the supposed anarchy engulfing the Muslim world. Unable to find reasons explaining the drivers of these conflicts they readily resort to rhetoric that places all blame on the religion of Islam. Particularly we see many Christians of America and Europe lashing out against the Islam, accusing it of preaching intolerance and bigotry. They conveniently forget the devastation and misery their religion fueled through the Crusades, the Reconquista, the conquest of the New World, and then in the wars between the Catholics and Protestants.

If we look at the Muslim world from a historical perspective we can see that in fact these diverging tendencies of the Muslim societies are not driven by religion intolerance but something more basic. Since the colonization of the Muslim lands and the imposition of European ideas on the Muslims the people of these lands have been experiencing what can be termed as ‘loss of identity’.

The populations and rulers of these lands have lived under circumstances and ideals that have no appeal to them and fail to address their basic needs. Thus these societies have been in search of new ideas that fill this vacuum.

This has resulted in the revival of Islamic ideas which for centuries filled this void. This revival in turn has led to counter-resistance from the proponents of the status quo particularly in the ruling class which has a vested interest in maintaining the current situation. While the proponents of change see their endeavors as a means to elevating the moral status of their societies and material progression, the proponents of the status quo are driven by society’s natural inhibition against change and see the proposed changes as a threat to their positions.

Furthermore the champions of the status quo – schooled in the secularism of Europe – so abhor these new notions that they are willing to take any steps, no matter how violent, to stop the spread of these new ideas.

In such a situation it is only natural that tensions between the two camps will be so rigid that they give rise to violent confrontations further upping the antebetween the two groups. And unfortunately so, unless and until this tug of rope between the Islamists and the secularists results in the complete dominance of one group over the other, the anarchy of the Middle East is not going anywhere. We can take solace in the fact though, that history has always been on the side of change…