Occupied Palestine: Checkpoints, a stone-thrower doll and an inspirational boy by Younes Arar 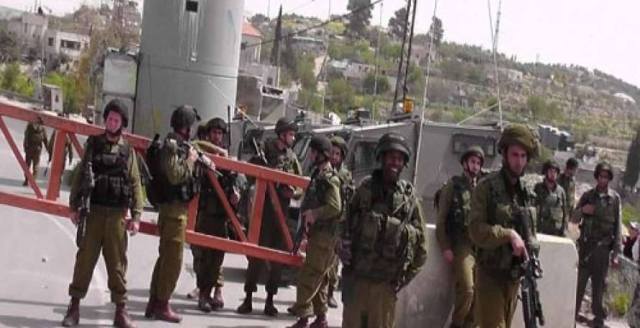 Of the daily humiliation,
I have to go through 4 Zionist occupation military checkpoints to reach my work in Ramallah, starting from my town Beit Ommar where I have to cross the permanent military checkpoint at the entrance of my town. Of course the car will stop in long line for inspection, then Gosh Ezion military checkpoint and another long line of cars, followed by the Container checkpoint (permanent) at the entrance of Sawahra Esharqeyyah. It mainly separates south from north of the occupied West Bank and another loooong line of cars to be inspected and last but not least the Jaba checkpoint, east Jerusalem, and of course I have like hundreds of thousands of Palestinians to cross these military checkpoints twice a day. For example, today I wait about three hours in total on these checkpoints (three hours of my life on daily basis are wasted) just to humiliate us, to break us, to destroy our will and determination, to dehumanize us, to force us out of Palestine, to tell us a clear message that “we control your lives and we can do anything we want whenever we want and we wont be held accountable”…BUT we tell them our very clear message:” we are not going anywhere else, we are unbreakable, undefeatable, we don’t give up, giving up doesn’t exist in our dictionary nor in our culture and understanding, we will continue to resist your fascism, your brutality, your savage behavior and barbarian mentality…Our VICTORY and FREEDOM is INEVITABLE”, 8 December 2015.
Pic shows the entrance of my town Beit Ommar 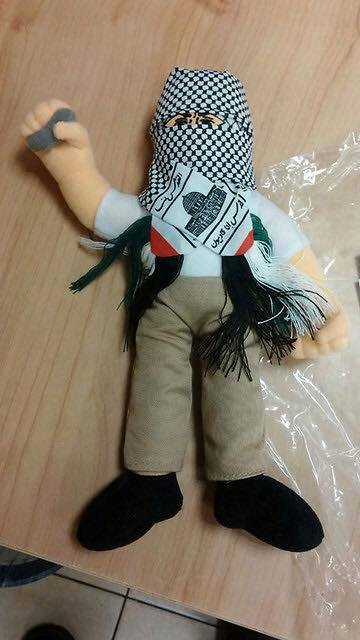 I have read this little inspiring story today,
This little child you see in the pic is selling coffee and tea for living, he is from Nablus. Today, few people (raising money to rebuild the four houses demolished in Nablus district by Zionist occupation forces during the past few days) called the boy and asked him for coffee and paid him for the coffee they bought. He made them think that he left, but he sneaked to the donations box and donated all the money he earned, he is needy boy, yet he insisted to take part in this noble act, the guys who bought the coffee called him again and rewarded him for his great inspiring moral, 8 December 2015

4 Responses to Occupied Palestine: Checkpoints, a stone-thrower doll and an inspirational boy by Younes Arar