Islamic Emirate: What fantasies do some Kabul officials hold? 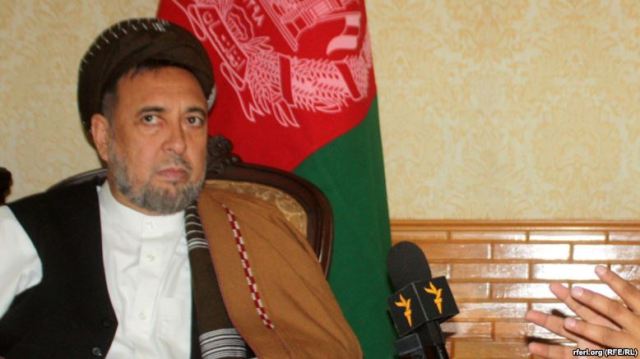 Over the past couple of days, multiple warlords of the Kabul regime have begun making assertions towing the same delirious fantasy line of their deceased predecessors.

Upon his appointment, Qanooni declared: Peace with Israel is possible, but not with the Taliban.

This declaration carries an explicit meaning, they have no intention of commencing peace talks with the Taliban. It is important to ask however whether the Taliban are willing to initiate dialogue with the powerless Kabul regime. If not, what reasons lie behind it?

The assertion of Qanooni is made at such a Qanooni (legal) time juncture that he has just been appointed the head of ‘High Peace Council’. This Council is naturally fashioned to conduct peace talks with the Taliban and pull Afghanistan out of the current quagmire. However the heartfelt message of this warlord was that he’d accept everything with Israel but is not ready for any concessions to the Taliban.

It is entirely plausible that they’d begin clarifying the interpretation behind this message in the near future; our implication was not such rather it was such and such…

To us this is not something out of the ordinary rather the deceased leader of the ‘Northern Alliance’ Ahmad Shah Masood had also hoped to build relations with Israel through Russia, sign mineral treaties with them and gain funds through them in order to destroy Afghanistan. Ahmad Shah Masood declared his good-willed intentions towards Israel during one of his trips to France but failed to gain an invitation trip back to Israel due to the prevailing ground situation.

Before Qanooni, the assertions of the former head of ‘High Peace Council’ Ahmad Zia Masood are also noteworthy: Peace with Taliban is illogical, we must prepare for a long war.

Dostum and his regional rival Atta Noor have already taken up positions in the battlefields. Meanwhile all the privileges promised by the head of the western democrat group (Ashraf Ghani) during his campaign have been granted to the service of the Northern Alliance instead of the nation. They now have a free hand in expressing whatever view they deem fit concerning the fate of Afghanistan.

Anyway the point is, why and in what gains are the leaders of the Northern Alliance making these recent assertions? Rumors swirling suggest that the mafia bosses of the Alliance have given up hopes in America, they wish to renew their friendship with their old buddies in Russia and encourage them to send troops to Afghanistan for the protection of their own lives. And the Russians have also begun sending out signals that they are prepared to lend all kinds of aid upon the request of the Kabul administration.

Currently the gunmen of the alliance feel they are trapped in quick sand and don’t feel safe from the justice awaiting them once they are trialed by the nation. They now wish to pave the way for a Russian intervention just as they scampered and flung themselves towards the service of the American and NATO intervention.

They hope to either save their hides through the Russian intervention or expect to at least break up the country along ethnic or geographical fault lines. That is why they have deliberately begun throwing their full weight behind such anti-Afghan, anti-national rhetoric.

However the Islamic Emirate as the representative of this nation warns everyone to not forget lessons learnt from the near past experiences and be childishly fooled by mere talk. The Islamic Emirate in every sense of its meaning is committed to safeguarding its people and protecting its territorial integrity. And it has proven time and again, it will never let the malicious plots of foreign and internal enemies prevail.