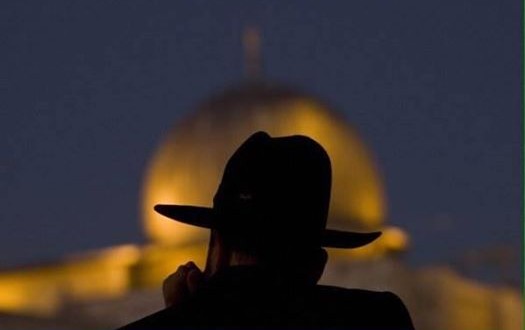 The religious leaders of Israel have passed a decree stating that the children of all Palestinian fighters who carryout attacks against Israelis in Al-Quds (Jerusalem) should be huge 50 meters high.

Saleh al-Na’ami, an analyst and researcher of Israeli politics wrote on his twitter page that the Jewish religious figures (Hakham) of Israel’s Safed city declared during a convention that it is obligatory upon Israel to hang the children of Palestinian fighters who carryout martyr attacks, in the heart of Jerusalem from trees tops 50 meters high.

This analyst adds that the religious leaders of Israel (Hakhamat) have continuously tried to pass decrees that provoke Israeli citizens against Palestinians and breed enmity, prejudice, racism and war in the hearts of Israelis.

These same Israeli extremists had previously demanded that the Israeli regime create special military regiments tasked solely with carrying out genocide against the Palestinian people just as the task force put together by Hitler to exterminate Jews.

This decree by the Israeli rabbis (Hakham) calling for the creation for special military regiments tasked with the mass murder and genocide of Palestinians was widely received by the Zionist regime who in turn published its copies in magazines and distributed it in monasteries in large numbers.

This decree advocating the genocide of Palestinians and signed by many Israeli Jewish rabbis declared that it was obligatory upon the Israeli regime to build such a military task force as quickly as possible.

This famous racist Israeli hate-preacher Hakham Eliyahu also declares that the bulk of Israeli’s support my decree of hanging the children of Palestinian fighters 50 meters from tree tops.

He adds that this decree should not be taken as a racist phenomenon rather this displays his unconditional love for Israel. All the Arabs living here must understand that their stay here is nothing more than like that of a guest. If they wish to create problems for the Israeli government than they will not be welcomed here.

Here you have Jewish rabbis passing decrees to its people of hanging the children of Palestinian fighters 50 meters from tree tops and at the same time urging its government and labelling it an obligation upon it to construct special military task force to carry out genocide against the Palestinians, just as Hitler had killed the Jews so is a holocaust warranted against the Palestinians.

Woe to some of our Muslim scholars who have sided with the Jews against their Muslim brothers and Mujahid nation, spending days upon days in their laps and nodding affirmatively to their every decree. They have either deliberately chosen to keep themselves in the dark vis a vis the condition of Palestinians and the Muslim Ummah or are stuck in their tiny miserable fantasy worlds unaware of what is happening around the globe.