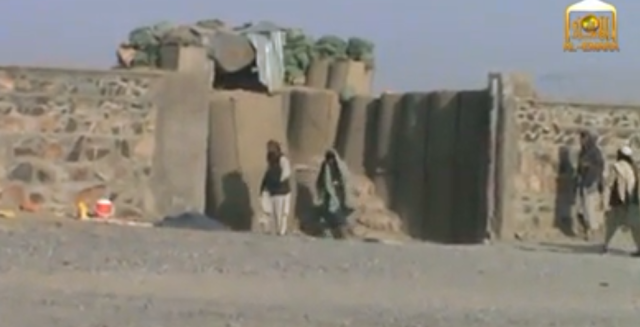 HELMAND, Oct. 26 – Reports arriving from Marjah district of southern Helmand province say that at around 03:00 am local time today, Mujahideen of Islamic Emirate launched coordinated attacks on a strategic ANA base and 2 adjacent enemy check posts located in Sistani region.

The attacks lasted for around an hour as a result all three targets were completely overrun, forcing the fleeing enemy to leave behind 7 corpses.

2 APCs, 2 pickup trucks, 2 mortar tubes, SPG 9 artillery piece, 2 Dshk heavy machine guns, 3 US machine guns, 4 US rifles and a large amount of ammo and other military gear was seized, according to officials who add that 3 Mujahideen were also injured in the operation.

This event comes 2 nights after Mujahideen in the same region overran a police battalion, station and 5 other check posts as well as seizing a sizable amount of arms and equipment.