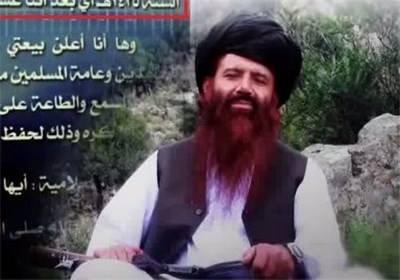 A statement has emerged on social media which is alleged to have come from Muslim Dost the Deputy head of Wilayat Khorasan, Islamic State (IS) in the region of Afghanistan and Pakistan. He says he “disowns” Hafiz Said Khan, the leader of Wilayat Khorasan who defected from the Taliban to help form a regional branch of IS in AfPak. Dost calls him “un-Islamic” and lays out his reasoning in 12 points. This could not be independently verified, efforts are being made to seek an official response from IS.

Dost is a veteran jihadist who was detained in Pakistan in 2001 and sent to Guantanamo Bay. He was later part of a prisoner exchange between the Taliban and the Pakistani government in 2008. According to the Long War Journal,

“Dost says the Pakistanis detained him in 2006 because his book, “The Broken Chains,” exposed the “truth” about the prisons in Pakistan and at Guantanamo. Since his release in 2008, he has been living with the tribes in Waziristan, Pakistan, where he holds “sharia workshops, meets with delegates, writes, tours the tall mountains of Afghanistan, and participates in the fields of struggle.”

Dost joined Islamic State in 2014 declaring his allegiance to IS leader, (Caliph) Abu Bakr al Baghdadi based in Iraq and Syria. For more on Dost’s background read the following link,

The statement from Dost which appears to be dated 17/10/2015 was posted on Twitter from an account associated with Islamic Emirate (Afghan Taliban).

1- There is no doubt that the solution of the problems of Islamic Ummah lies in the establishment of Islamic Caliphate.

2- We gave our allegiance to Abu Bakr al-Baghdadi & when Hafiz Sa’eed Khan was chosen as governor of Khurasan, we offered our service to him.

3- But unfortunately, Hafiz Sa’eed Khan went against our advice & came to Afghanistan.

4- And instead of spreading justice, happiness & light of Islamic-knowledge, he spread darkness (oppression), he lead people to ignorance ..

6- In Kot & Shinwar (Districts of Nangarhar), he kidnapped & killed innocent civilians, & took from them un-lawful Taxes & teased the public. (FYI, the video of blowing up tribesman was from Nangarhar)

7- And Hafiz Sa’eed Khan did things (crimes) like that which can not be justified in any way ….

8- I invited Scholars to “Islamic Caliphate”, they replied we like caliphate but the involvement of Hafiz Saeed in this is bad.

9- Muslim Dost quotes Hadith (Mafhoom) : Whoever supported the oppressor and knew that he is oppressor than he is out of the fold of Islam.

10- And the thing is that whatever Hafiz Sa’eed Khan is doing, he is doing it in the name of Islam & he is giving “Islamic State” a bad name.

12- But it does not mean I have left ISIS, I am loyal to ISIS until I see a clear deviation from them.

The above statement shows clear differences of opinion within IS on how they should operate and boundaries of behaviour.

Taliban and IS are already at loggerheads in the region over this issue. Back in June, Mullah Akhtar Mohammad Mansoor, (then) Deputy Leader and acting Leader of Leadership Council, Islamic Emirate wrote to Abu Bakr Al Baghdadi, Emir of the Islamic State outlining clearly what the Afghan Taliban will and won’t tolerate from IS. Mansour took over from Mullah Omar following the recent delayed announcement of his death in 2013. The letter can be read here,

“Afghanistan: Taliban letter to Baghdadi clarifies stance on Islamic Emirate, interference will not be tolerated”

Tensions came to a head between the two groups following an incident filmed on video where alleged Taliban supporters were tied together with explosives and blown up. IS claimed this was in retaliation for killing of their fighters, see following article for details,

IS are now focusing their efforts on gaining further control in the Nangahar region of Afghanistan which borders Pakistan and have claimed several recent attacks on army posts in that area. They are critical of Taliban accusing them of too close ties to government and security agencies (denied strongly by Taliban) and do not support the idea of peace talks in the region. Taliban have run IS out of some areas showing that they will not tolerate their “interference”.

Islamic Emirate are currently making gains all over Afghanistan and recently caused a major upset for the government when they took control of the strategic northern city of Kunduz for several days. So concerned are the Americans they are holding off on troop withdrawal and plan an extended stay to improve training of their partners in Afghanistan.Taliban are clear they want neither NATO nor IS presence in the region. It remains to be seen how Hafiz Saeed Khan will respond to the statement of Muslim Dost in tackling their internal disputes and how this will affect operations on the ground in the coming days.

“Are IS gaining a foothold in AfPak?”