Pakistan: Defence of Human Rights protest march and statement for International Week of the Disappeared

‪#‎InternatioanlWeekofDisappeared‬
“It would be a great folly and a sign of ignorance of human nature If any one thinks that efforts to silence us can make us forget our enforced disappeared loved ones” Amina Masood Janjua, chairperson of Defence of Human Rights and flag bearer of missing persons’ movement, said this in a written statement. She was leading a protest march of the families of missing persons in which participants had their mouths shut by bands symbolically. This protest march was part of a series of activities being conducted regarding International Week of Disappeared. This week is celebrated around the world to protest against enforced disappearances. It further stated, “we are standing here in the capital of Pakistan with our mouths shut and want to convey this message to the responsible that our cries shall reach to the throne of Allah even if you succeeded in strangling our voices.”

On the insistence of media persons a participant broke silence and said that “enforced disappearance is open terrorism. What kind of peace is the government searching for by disappearing its own citizens?” Another person said that “the state will lose its moral authority if it will stoop down to the level of terrorists.” 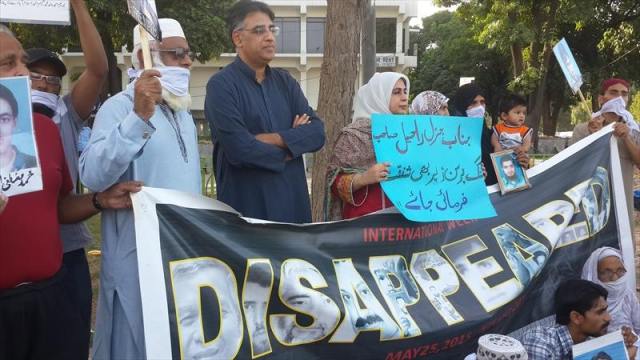 Mr Asad Umer, a central leader of Pakistan’s leading opposition party Tehreek-e- Insaaf also joined the rally to express solidarity with the constitutional stance of DHR Pakistan. While addressing the rally he said that, “Amina Janjua is standing for the rule of law and constitution. Missing persons’ movement is on the right and all the enforced disappeared persons and their families should be given justice. DHR’s struggle will not only benefit myself and my kids but for future generations as well. I pray for your (DHR’s) success.” At this occasion he also praised the role of press and media and said that it is just because of journalists that missing persons’ issue is known all over Pakistan. 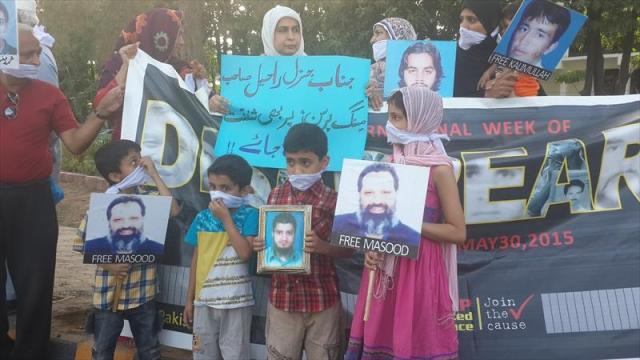 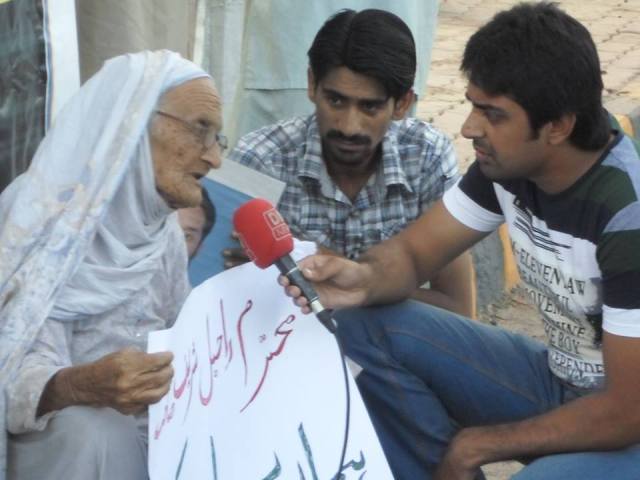 2 Responses to Pakistan: Defence of Human Rights protest march and statement for International Week of the Disappeared