PAKISTAN: US DRONE STRIKES MUST STOP NOW FOR DIALOGUE TO START, A WINDOW OF OPPORTUNITY SHOULD NOT BE SABOTAGED. 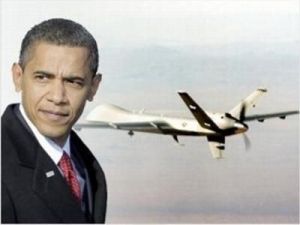 After a decade of escalating violence in Pakistan in the aftermath of 9/11 and submerged under the weight of the US War on Terror (WOT) Pakistani leaders at yesterday’s All Parties Conference (APC) have opted for dialogue over increased military action in FATA (Federally Administered Tribal Areas). A window of opportunity may be opening. However unless US drones strikes cease, talks would be difficult under a rain of missiles and once again America will be controlling the fate of millions of Pakistanis who deserve peace.

The US government appears unable (or unwilling) to assimilate the true impact of drone strikes. American politicians remains in chronic denial, refusing to accept the simple equation that for every missile fired there are consequences and often violent retaliation. Therefore if America refuses to take note of the outcome of yesterday’s meeting, this must be seen as deliberately sabotaging efforts for peace in the region.

The missile strikes have increased our enemies. The tribal people are our people, they are patriots, only our policies have turned them into our enemies. These issues can be resolved by negotiations. We should first heal their wounds. We made a big mistake by sending troops to the Tribal Areas. We must abandon this war and convince our people that this is not our war

Khan who has long campaigned against drones declared the resolution of the APC as a vindication of the PTI position demanding “give peace a chance”. PTI putting forward a policy of extricating from the US War on Terror in order to seek dialogue, truth and reconciliation, an initiative that proved positive under Nelson Mandela in South Africa.

The text of the Resolution of the APC can be read on this link http://www.newspakistan.pk/2013/09/09/text-resolution-parties-conference/

Meanwhile in Britain, George Monbiot, a writer known for his environmental and political activism launched the verbal equivalent of a drone strike today on US governments past and present. The Guardian columnist blew up the cosy picture of a benevolent US upholding human rights and promoting peace to paint instead “a rogue state” mired in dirt. He stated;

You could almost pity these people. For 67 years successive US governments have resisted calls to reform the UN Security Council. They’ve defended a system which grants five nations a veto over world affairs, reducing all others to impotent spectators. They have abused the powers and trust with which they have been vested. They have collaborated with the other four permanent members (the UK, Russia, China and France) in a colonial carve-up, through which these nations can pursue their own corrupt interests at the expense of peace and global justice.

The US has already devastated the lives of many civilians in Waziristan through drone strikes so it is easy to understand the need to disengage from the WOT. Aside from casualties, communities in areas at high risk from drones and caught between the Pakistan army and Taliban conflict have been displaced, this has halted normal family life and children’s education. A secure environment with minimal stress is essential for development.

Governments must stop denying families the right to a peaceful existence. They also need to wake up and stop “shooting the messenger” for reporting on the serious “blowback” caused by US drone strikes targeting “alleged” insurgents in Pakistan. Here are three examples of blowback.

Ten climbers of different nationalities were shot dead at Nanga Parbat basecamp by militants dressed as local security forces. This was said to be in direct retaliation for the killing of Taliban leader, Maulvi Wali ur -Rehman, second in command, annhilated in a drone strike on a house in Miranshah, North Waziristan in May. Locals and foreigners seeking adventure tourism have paid with their lives. Spokesperson Ehsanullah Ehsan was reported to have spoken to Agence France press claiming the hikers were killed by Taliban faction, Junood ul -Hifsa  in response to American missile attacks https://www.commondreams.org/headline/2013/06/24-2 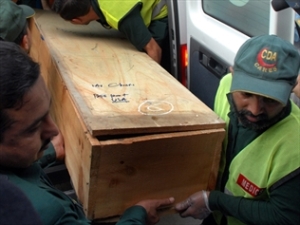 In June, DAWN media reported that a new militant group by the name of Ansarul Mujahideen claimed responsibility for an attack on Parachinar which left at least 57 dead and around 180 injured. Spokesman for Ansarul Mujahideen, Abu Baseer, said the group had been set up to respond to US drone strikes and that the organisation was “very clear” about its mission, “with each drone attack, we will be responding with a suicide attack…we have done it and shown it” http://dawn.com/news/1032326/anti-drone-militant-group-claims-parachinar-twin-blasts 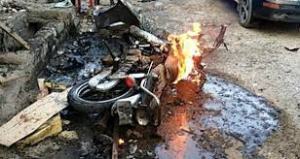 Avenging death is seen as a matter of honour and very much part of the culture of the Tribal Areas. “Violence breeds violence” is a fact long highlighted by anti -drone campaigners that have warned that each new drone strike leads to radicalization of more young people and revenge attacks.

Governments in both Pakistan and US have repeatedly downplayed blowback from drone strikes. My late colleague, Pakistani investigative journalist Saleem Shahzad highlighted a third form of blowback which may have led to his kidnapping, torture and murder. He dared to write about divisions within Pakistan armed services due to drone attacks. Such was the anger by some regarding deaths of civilians and failure of Pakistan government to deal with US violation of sovereignty that individuals within the military/navy were allegedly ACTIVELY recruiting insurgent sympathizers into the services!

Pakistan government was viewed then by many to be playing both sides, condemning drone strikes but sharing intelligence to aid targeted killing. Musharaff admitted his part in a recent video interview though cables previously released by Wikileaks had indicated his role. Let us reflect on the attack on Mehran Navy base with alleged insider help. Saleem Shahzad’s last interview can be seen here http://www.youtube.com/watch?v=PmTM6gyHxbo

After yesterday’s APC there is now hope for positive change with a new initiative to take the drone issue to the UN. Tehreek-e-Taliban (TTP) are reported to “welcome the dialogue offer and has a positive outlook about the joint communiqué,” the message from Shahid Shahidullah, a Pakistani Taliban spokesman to Geo News. Political Commission member, Ehsanullah Ehsan gave his comments to the Express Tribune highlighting that “the Government will also have to convince the army and to decide a road-map for the talks”. There was also mention of an exchange of letters between TTP and Nawaz Sharif and the possibility that “Jamaat-e-Islami and Pakistan Tehreek-e-Insaf (PTI) could play a serious role in the proposed dialogue” http://tribune.com.pk/story/602245/renewed-correspondence-ttp-welcomes-unanimous-resolution/

BBC reported that Ben Emmerson, a United Nations human rights special rapporteur, launched an inquiry into drones in January, saying that their use “represents a real challenge to the framework of international law”. Mr Emmerson has already paid a visit to Pakistan. It is hoped then that alongside addressing civilian casualties, he will adopt a common sense approach, recognize the danger of retaliation attacks and hold US accountable for any attempts to sabotage peace efforts through a continuation of drone strikes.

On a visit to Islamabad last month John Kerry, the US Secretary of State, said that drone strikes in Pakistan could end “very soon”. NOW would seem a very good time to make that happen!

Carol Anne Grayson is an independent writer/researcher on global health/human rights and is Executive Producer of the Oscar nominated, Incident in New Baghdad.  Carol was awarded the ESRC, Michael Young Prize for Research 2009, and the COTT ‘Action = Life’ Human Rights Award’ for “upholding truth and justice”. The author is also a survivor of US “collateral damage”.

1 Response to PAKISTAN: US DRONE STRIKES MUST STOP NOW FOR DIALOGUE TO START, A WINDOW OF OPPORTUNITY SHOULD NOT BE SABOTAGED.