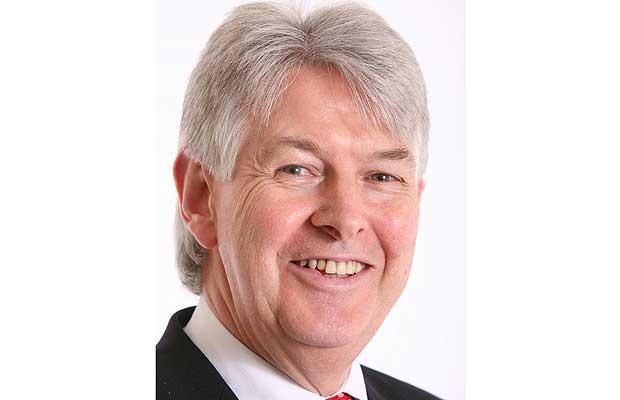 Michael Connarty former Chair of the APPG Haemophilia (2001 to 2010) and Labour MP for Linlithgo and East Falkirk allegedly ignored key evidence from haemophilia campaigners on Contaminated Blood 2002/3. Many victims have since died without justice.

I am writing to you further to our telephone conversation today regarding the following article.

You said that you wished to “draw a line under this article” however my campaign colleague Colette Wintle and I want to put our serious concerns in writing as the article does not reflect the considerable effort Lord David Owen has gone to over decades to share evidence and his personal documents on Contaminated Blood with Lord Alf Morris of Manchester and ourselves DESPITE numerous attempts to close him down often at a political level, trashing his documents under a non -existent 10 year rule as highlighted in a parliamentary question and answer and refusal of the Parliamentary Ombudsperson to investigate his complaints of serious “maladministration”.

We have known both Lord Owen and the late Lord Morris for many years and watched them work closely together. I am fortunate to have retrieved copies of some of the destroyed Lord Owen papers during my own research and subsequent dissertation awarded the Michael Young Prize 2009.

1) Lord Owen has spoken out and indeed acted to improve blood safety from the 1970s onwards as highlighted in Hansard, letters and personal papers and has the support of many haemophilia contaminated blood campaigners.

2) Back in 2001 Lord Owen played a key part in speaking out to journalist Louella Houldcroft of the Newcastle Journal contributing to the multi awarded “Bad Blood” campaign which she ran jointly with my late husband and I under the name Haemophilia Action UK (previously Haemophilia North). This sparked interest again and helped kick start a revived campaign many press had earlier stated was a “dead issue”. See following articles we initiated where Lord Owen spoke out, some are more detailed in hardcopy.

This was followed up by an article we helped organize a day later which was featured in the Guardian and elsewhere.

“I have no wish to go to court, but I have no doubt whatsoever that if someone starts to take serious legal action, the government hasn’t got a leg to stand on.” Lord Owen, August 19th 2002

Just a few of many articles with Lord Owen which we have archived digital and hardcopy.

3) Colette and I worked with both Lord Owen and Lord Morris at the time of the Archer Inquiry and Lord Morris had nothing but praise for Lord Owen whom he respected greatly. Owen also had mutual respect for Lord Morris which has continued beyond Alf’s death in 2012 and indeed Lord Owen delivered the keynote address at an event launching the Alf Morris Fund for Independent Living.

“It’s often said that you can’t do anything in politics but Alf demonstrated that an individual MP’s commitment to a cause could create major change in public life.”

4) Lord Morris would ring myself and Colette prior to debates in the Lords and not only did Lord Owen share his documents with Lord Morris which Alf confirmed to us at the time but Alf often received them a second time from myself. Both participated along with Colette and I (as key witnesses) at the Archer Inquiry.

5) Lord Owen took part in numerous TV and radio interviews and documentaries that we helped initiate such as the awarded Meridian Blood Brothers documentary and BBC Newsnight April 2007 nominated for RTS award.

6) Many years later in 2016 Lord Owen spoke out again, reiterating what he had said many times before to us in an event organized by new campaigner Jason Evans

Colette and I have been trawling through old documents and letters from 2002/2003 and we remember Michael Connarty well and we allege he did a very good job of blocking campaigners who tried to show him key evidence when he was Chair of the APPG for Haemophilia and ignoring this has tragically delayed justice to Contaminated Blood victims for years. Letters to Michael Connarty and MPs and Connarty’s replies when put together with other evidence including the lies spread by the Blairite government on the Eire settlement and what was happening behind the scenes to block haemophiliacs getting to court and how many in key positions ensured the damning evidence that we held on US prison blood was not going to be addressed and you can understand why Connarty and others are now looking for scapegoats! This evidence will be presented to the Infected Blood Inquiry.

Colette and I both feel that Michael Connarty should be investigated by the Infected Blood Inquiry particularly during his time as Chair of the APPG Haemophilia along with the Haemophilia Society and made to address why long standing campaigners were both excluded from key meetings (as we still are today) and their crucial evidence regarding the use of US prison blood and other issues ignored.