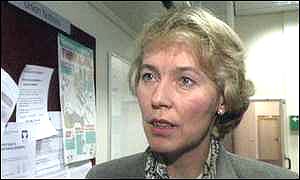 Back in the late 1980s, early 1990s, haemophiliacs born with a bleeding disorder where the clotting of the blood is compromised and who were infected with HIV through their treatment factor concentrates were fighting for compensation from the British government. It was a long hard fight leading to an ex-gratia payment as government refused to compensate for reasons which will hopefully be explored at the forthcoming Public Inquiry. The litigation was kept out of court but was a formal legal agreement with certain conditions overseen by Justice Ognal and solicitors acting for both government and haemophiliacs.

Part of the reason payments were made to haemophiliacs was that campaigners had fought hard to show that haemophiliacs were as a group disadvantaged from birth due to their hereditary condition of haemophilia which impacted on their schooling, employment, insurance, mortgage years BEFORE their infection with HIV. This meant they were doubly disadvantaged with the addition of HIV infection and the appalling discrimination that went with it.

In those days there was already discrimination against those living with a hereditary bleeding disorder, predominantly males but also some females. Often there were several members of the same family living with haemophilia which led to multiple family members being infected with hepatitis B, HIV and also (though largely covered up at the time, hepatitis C, previously known as non-A, non-B). This put a considerable strain on families often impacting on day to day living.

Haemophiliacs lost out on schooling due to bleeds and were sent to special schools such as Lord Mayor Trelor in Hampshire. As they grew older they struggled to overcome discrimination when looking for work.

Haemophiliacs were seen as a distinct patient group, a community as opposed to whole blood victims, that were individuals that became infected with hepatitis C at a time before testing was introduced. For example a person may have needed a blood transfusion during pregnancy, due to an accident at work or through receiving blood for other health conditions.

Haemophiliacs had their own support organization, the Haemophilia Society which only has a legal remit to deal with persons with bleeding disorders so for the past 30 years haemophiliacs have campaigned as a distinct patient group. This led to a Private Inquiry into Contaminated Blood under Lord Archer of Sandwell when the government refused to hold a Public Inquiry. The statement “the worst medical treatment disaster in the history of the NHS” (Lord Winston) applies specifically to the Haemophilia Community though it is often misused in the press to include others.

Recently changes are being made to the 5 separate Trusts that provide financial support to haemophiliacs with HIV and hepatitis C and whole blood victims. These Trusts are now being amalgamated under one government body and many questions have arisen regarding protecting patient rights following transition and the legality of such a merger.

The Macfarlane Trust arose through a legal fight and settlement whist other Trusts emerged due to public campaigns for justice but without a legal agreement. I raised this issue of Special Status with the Haemophilia Society, MPs and with Dan Farthing-Sykes (Haemophilia Scotland) who decided to put his questions to the Department of Health. Haemophilia Scotland also wish to ensure no laws are being broken with their financial agreement for Contaminated Blood victims.

I have now written to Jeremy Hunt Secretary of State for Health to ensure the Special Status of HIV haemophiliacs as stated by Virginia Bottomley (formerly working in the Department of Health) is maintained as part of the original HIV legal agreement. This cannot be retrospectively altered but haemophiliacs infected with hepatitis C also fit the criteria for Special Status and could be added into this category.

I have 6 questions for you and any other relevant government bodies on the Special Status of haemophiliacs infected with HIV through factor concentrates and their families with regard to the recent financial Consultation. These are numbered for your attention. Here is some background.

The Special Status was recognized around 1989/1990 by Virginia Bottomley (Minister of State at the Department of Health 1989) as opposed to the recent Special Mechanism 2017. The Special Status went on to form part of the HIV ex-gratia payment scheme in 1991 and distinguished haemophiliacs from whole blood cases. Here is some of the language used throughout Hansard by Virginia Bottomley referring to haemophiliacs with HIV and their families, “wholly exceptional” “unique” “special case” “doubly disadvantaged” “exceptional combination of circumstances of those persons”.

I have collected all the relevant Hansard debates and references over a 2 year period. I would argue that the Special Status criteria should be extended to haemophiliacs with hepatitis C and their families and both cases should have been fought together in the 1991 litigation. The government allegedly withheld much of the evidence on the dangers of hepatitis C in 1991 so as not to have to pay out for 2 viruses.

To quote several of Bottomley’s numerous references in Hansard between 1989 and 1991 on the Special Case, she states,

“The ex-gratia payments given to provide help for haemophiliacs with HIV and their families recognised their wholly exceptional circumstances. Haemophiliacs were already suffering from a disability which affected their employment prospects, insurance and mortgage status. Also the hereditary nature of haemophilia means that more than one member of the family may be infected with HIV.”

“We do not believe that any useful purpose would be served by such a survey of the financial circumstances after infection of any particular group with HIV. Our ex-gratia payments to haemophiliacs recognise their wholly exceptional circumstances whereby they were doubly disadvantaged by their pre-existing haemophilia as well as the HIV infection. We have no plans to extend these special arrangements to other groups”

“There is hardly any need for me to remind the House of the lengthy campaign on behalf of haemophiliacs—supported by many right hon. and hon. Members, the public and the media—whose advocates reiterated that haemophiliacs were an exceptional and specific group who merited exceptional treatment. The Government remain convinced that their case is exceptional.”

“We have no evidence to suggest that those people who have become infected with HIV via blood transfusion were similarly disadvantaged before the illness or accident leading to the need for transfusion.”

Virginia Bottomley also noted that often more than one member of the family was infected through factor concentrates,

“Among the haemophiliacs infected with HIV, we understand that there are 65 pairs and six trios of brothers who are infected. We believe there may be a significant number of other cases where HIV-infected haemophiliacs are related, for example, grandfathers, grandsons, uncles and nephews, but these cannot be readily identified from the available information. In addition, there are a number of cases where the haemophiliac’s spouse or partner has become infected.”

This was an important factor but was somewhat gender biased as it failed to mention females with bleeding disorders that had infected sisters.”

Question 2… What has the government done to ensure this Special Status is maintained throughout the current financial scheme and that nobody infected or affected will be financially worse off now or in the future?

Question 3… What contact has been made with the original solicitors for HIV haemophiliacs and their families or firms that took over from them to discuss any changes to financial support so that they can ensure their clients are represented, protected under the Special Status and made fully aware of how any changes could affect them financially?

Question 4… What has the government done to ensure widows under the Special Status that are no longer fit for work keep their monthly allowances which they rely on and do not suffer any reductions?

Question 5… What impact will the amalgamation of Trusts have on the Special Status?

Question 6… How many haemophiliacs and their partners come under the Special Status?

The Special Status was part of a LEGAL ex- gratia agreement overseen by Justice Ognal and had representation from solicitors for both parties, government AND haemophiliacs. I believe any scheme IGNORING this would be allegedly illegal. Bottomley recognized the part of lawyers in the ex-gratia settlement here in Hansard in January 1991 stating,

“the detailed provisions of the proposed settlement are under discussion with the lawyers representing the plaintiffs. It would be inappropriate to publish further details until all plaintiffs and the court have had an opportunity to consider the full terms of the settlement and to approve them” which they did shortly afterwards.

I look forward to your response.