Percent of Country under the control of Mujahideen of Islamic Emirate 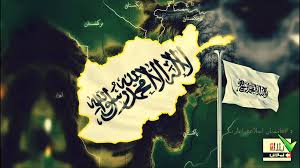