Islamic Emirate: What did the Afghans gain from the U.S. Strategic Partnership Agreement? 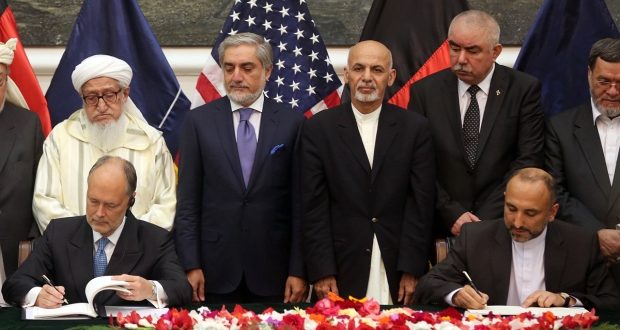 Fresh developments and events compelled even those diehard U.S. supporters – who not long ago labelled the Security Agreement with America as a golden opportunity – to admit that this Agreement has failed to secure any strategic advantage for Afghanistan.

Following the recent Pakistani bombardment of Afghanistan’s territory in Kunar province, Kabul-based media outlets have held numerous discussions where these once erstwhile supporters of the U.S. have stated that America has failed in its guarantee to safeguard Afghanistan’s territorial sovereignty in cases of outside threats. Under the Strategic Partnership Agreement, in case of an outside threat to Afghanistan, the U.S. is required to consult with the Kabul administration and take necessary steps from the protection of its territory.

The Islamic Emirate stated at the time and has consistently reiterated that the U.S. has no interest in a prosperous, safe and stable Afghanistan. Rather the U.S. only wanted to utilize this Agreement to secure a long-term presence in Afghanistan in order to facilitate the colonization of Afghanistan and use it as a launching pad for threatening the wider region.

Throughout Afghanistan’s history, never has this land faced such multiple threats, or faced such détente as it has under the auspices of the Bilateral Security Agreement. The Islamic Emirate believes that unless and until all foreign occupying forces leave Afghanistan, this country will never achieve its political and economic potential. Instead the flames of this war will extend to the wider region and cause the instability of the entire region.

The resolution of the ongoing conflict demands that Afghanistan’s adjacent countries and regional powers cooperate with the Islamic Emirate so that we can together clean this scourge and propel the region towards a new age of cooperation and prosperity.