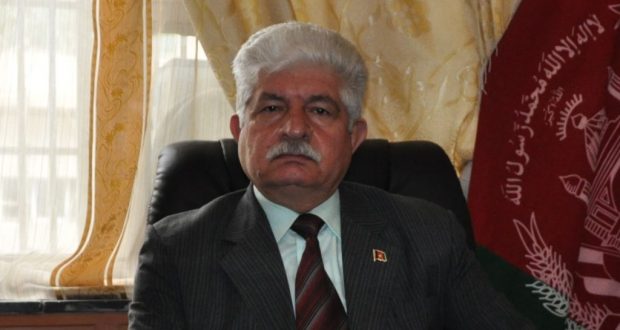 Sangin district – located in Helmand province – is a historical and strategic axis that the British, then Americans and finally the regime spent countless lives to protect. Yet despite their many endeavors this blessed land finally fell into the hands of the Mujahideen last week and is now fully under their control. The regime, rather than admit their unmistakable defeat, has instead chosen to bury its head in the sand and make outlandish claims that no reasonable person can grasp.

The media, local populace and even members of the regime’s Parliament have all admitted that the regime has lost all control of the district center and outlying areas. However, Dawlat Waziri – the obstinate and inexorable spokesperson of the Defense Ministry – has chosen to simply brush the truth aside and instead painted the regime rout as a tactical withdrawal from the ‘center to another area’.

Waziri also ignored the fact that the Mujahideen captured larges caches of heavy and light weaponry following the regime’s hasty retreat and which have been extensively shown in video reports. Similarly he ignored the burned out shops and houses of in the district center when American and regime forces indiscriminately bombed the center following the troop withdrawal. This bombing caused millions of worth financial losses to local traders.

Waziri paints his rout has a ‘tactical withdrawal’ despite video reports of government officials and forces in Lashkar Gah stating that the Taliban captured all of Sangin district and the government forces retreated into Lashkar Gah.

Waziri also feigns oblivion to his top security official’s – Jabbar Qahraman – who has openly admitted his defeat at Sangin district and has warned that unless recaptured, the fall of Sangin will be a bigger blow than the fall of the provincial capital, Lashkar Gah.

At all events, its seems that after having failed to ebb the tide of Mujahideen victories the regime, and particularly its official spokesmen have adopted a new strategy of burying their heads in the sand and simply denying any military losses. When countered with evidential support to the contrary, they openly threaten the media and cow them into accepting the official narrative.

Only time will tell if this novel method of burying one’s head in the sand will pay dividends for the regime or only accelerate its imminent collapse.