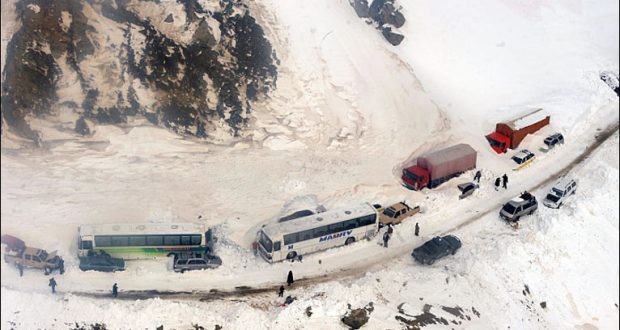 ZABUL, Feb. 05 – Reports arriving from Zabul province state that Mujahideen have saved several civilians trapped in snowstorms on Kabul-Kandahar highway overnight.
According to details, a number of people who were stuck in snowfall in Shajoy district’s Bakorzo, Manjaryano, Mula Muhammad Ali Killi, Azmat Killi, Andarho Killi, Bazargan, Hassan Karez and Bazar areas were rescued by Mujahideen with the help of civilians.
Many people in Hassan Karez area were brought to their homes and those who were in good health were provided bedding, food and other requirements.