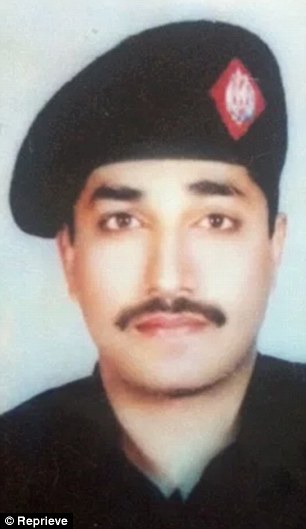 A Pakistani court has stayed the execution of a severely mentally ill man, who had been due to be hanged next week.

At a hearing in Lahore today, the court granted a stay of execution for Khizar Hayat – a former policeman who has been diagnosed with schizophrenia – until January 30th. Mr Hayat’s lawyers at the Justice Project Pakistan (JPP) had argued that his hanging would be illegal.

Mr Hayat’s execution had been set for Tuesday (17th), even though proceedings in his case are still pending before the Lahore High Court. Presiding today, Justice Shahid Hameed Dar reportedly said it would be “unjust” if the Court did not wait for an upcoming Supreme Court judgment in a similar case – that of mentally ill prisoner Imdad Ali – to determine how to proceed with Mr Hayat.

Mr Hayat is detained in isolation in a prison hospital ward. In 2015, the courts halted an initial government plan to execute him after seeing jail records documenting his severe mental illness. The documents include comments from doctors that Mr Hayat “is suffering from active symptoms of severe psychosis”.

The execution of mentally ill people is prohibited under Pakistani and international law. Pakistan has faced criticism from the UN, and from countries including the UK, over its plans to hang mentally ill prisoners such as Mr Ali and Mr Hayat.

Concerns have also been raised over wrongful executions in Pakistan, after two brothers who had already been hanged were found to be innocent by the Supreme Court. As in Mr Hayat’s case, a warrant was issued for their execution by the lower courts, despite the pending proceedings in a higher court.

Pakistan’s 8,000-strong death row is the largest in the world, and the government has hanged over 421 prisoners since resuming executions in December 2014.

Commenting, Maya Foa, a director of Reprieve – which is assisting Mr Hayat – said:

“The court’s decision to stay the execution of Khizar Hayat is extremely welcome. However, Khizar’s case – like that of Imdad Ali – is yet another example of how Pakistan’s death penalty system is broken. Since the authorities’ execution spree began two years ago, there have been disastrous miscarriages of justice – including the hanging of juveniles and innocent people. The Pakistani government has issued execution warrants for Khizar three times despite ongoing legal proceedings, in clear breach of international law. The authorities should establish a moratorium on executions, and stop any further injustices from being carried out their name.”

Reprieve is a UK-based human rights organization that uses the law to enforce the human rights of prisoners, from death row to Guantánamo Bay.