Aftermath of the attack on Sakhi shrine (Image via Ali Ahmadi)

A boy, a security guard and a young girl were among the victims on Tuesday night when gunmen wearing police uniform targeted Kart-e-Sakhi shrine in western Kabul, Afghanistan. The attack took place as worshippers gathered to mark Ashura, a commemoration of the martyrdom of Hussein, a grandson of the Prophet Muhammad. This resulted in a split within Islam and 2 sects, Sunni and Shia. Reuters new agency reported, “the attack began just before 8 p.m. (3:30 p.m. GMT)” according to police “with witnesses reporting an explosion followed by gunfire.”

Sediq Sediqqi, Spokesperson to the Afghan Ministry of Interior Affairs confirmed that 14 Shia pilgrims died including 13 civilians and one police officer with 3 more police wounded. At least 36 people were injured and 15 of the casualties were women. Gunmen caused chaos as they got inside the building. Bilal Sarwary tweeted from a police source stating,”Afghan soldier shot a suicide attacker, his suicide vest exploded. Most of the civilians were evacuated from shrine.”

Michael Kugelman, South Asia associate at the Wilson Centre stated that the attack on the Shia shrine was “another attempt to stoke sectarian tensions in a nation already reeling from so much.” 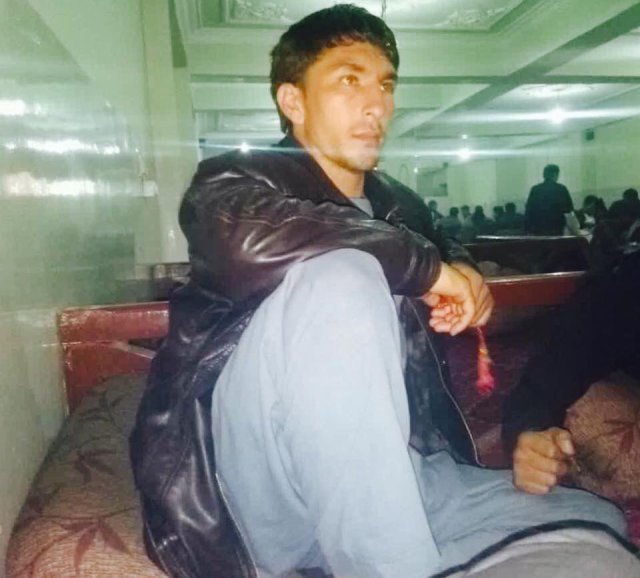 “Sayed Dilawar a security guard at Kart-E Sakhi shrine tried to prevent attacker from shooting women and children. But he was shot dead”

“This is a reality of Afghanistan today. Killing an innocent girl on Day of the Girl, Kabul Attack”

Scene soon after the attack (Image via Hosnia Aman Nazari)

The violence wasn’t to end there, Sediqqi later tweeted, “the second terrorist attack in KBL tonight is on Char Yar Mosque in Karte Char, Special forces are there to gun down the attacker/s.”

Zabihullah, Islamic Emirate (Afghan Taliban) spokesman was quick to deny any connection to the attack on Kart-e-Sakhi shrine stating, “attack on shrine goers in Karta Sakhi Kabul has nothing to with us, we are are deeply affected by attack on civilians.”

According to Afghan anchor Shapoor Bakhtiyar, Islamic State (also referred to as Wilayat Khorasan) claimed responsibility for the attack on social media. This allegation could not be independently verified.

IS first emerged in Afghanistan in the summer of 2014 after several Taliban commanders defected from other groups. See following link,

“Are IS gaining a foothold in AfPak? New video release shows some allegiance in the region”

Bakhtiyar said, “I heard according to the intel, 20 suicide bombers have entered Kabul, 3 gone, what will the rest of them do?”

On 23rd July, IS carried out an earlier attack on Shia Hazara protest in Kabul killing 80 people and leaving 260 injured. The demonstration was organized to draw attention to the rerouting of the TUTAP (Turkmenistan-Uzbekistan-Tajikistan-Afghanistan-Pakistan) power line through the Salang Pass which would miss out Bamyan region depriving Hazara of much needed electricity.

Later, a poster appeared on social media of blood filled attacks mocking President Ashraf Ghani who was featured appearing to be tell people the country was safe. Ali Ahmadi of Justice4Hazaras raised concerns regarding forced return of Afghans from countries where they had previously sought refuge from violence. saying, “Afghanistan is not safe, especially for Hazaras. They’re the main target of terrorism in the country! Please, don’t deport Hazara refugees.”