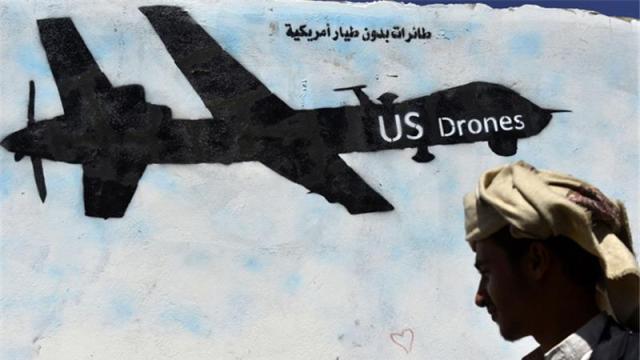 Brandon Bryant, Lisa Ling and Cian Westmoreland, who have all worked on the Obama Administration’s drone killing program, weighed in to support Faisal bin ali Jaber, a Yemeni environmental engineer whose innocent family members were killed in a US strike.

Their submission in Jaber v Obama challenges the idea that the American public can serve as the sole check on executive power in cases like Mr Jaber’s: “From their collective experience working on the drone program or on drone systems, amici believe the public has been misinformed about the effectiveness of drone strikes and the way they are conducted. There can be no electoral accountability if the public is misinformed”. They go on to stress the central role the US courts must play in such cases.

Mr Jaber is seeking an official apology and declaration of error – not money – for his relatives’ deaths. His brother-in-law Salem and his nephew Waleed died in an August 2012 strike in their village. Salem was an anti-al Qaeda imam who is survived by a widow and seven young children; Waleed was a 26 year-old police officer with a wife and infant child. Salem had given a sermon preaching against extremism just days before he and Waleed were killed.

In his appeal filed last month, Mr Jaber challenged the district court’s acceptance that American judges cannot review even the most heinous war crimes by the Executive branch.  An international law professor, Mary Ellen O’Connell, also filed a supportive brief, writing: “The failure to scrutinize the claim would amount to a failure of the courts to hold the executive to the very law the Government acknowledges it must obey.”

The case is President Obama’s first chance to make good on his recent Executive Order on American drone killing, where he promised to “acknowledge US government responsibility for civilian casualties.” To date, his Administration has fought hard in court to avoid such an acknowledgement in Mr Jaber’s case.

Leaked intelligence indicates that U.S. officials knew they had killed civilians shortly after the strike on Mr Jaber’s family. In July 2014, the family was offered a plastic bag containing $100,000 in sequentially-marked US dollar bills at a meeting with the Yemeni National Security Bureau (NSB). The NSB official who had requested the meeting told a family representative that the money came from the US and that he had been asked to pass it along.

In November 2013, Faisal had traveled to Washington D.C. and discussed the strike with Senators and White House officials. Many offered personal regrets, but the US government has refused to publicly acknowledge or apologize for the attack.

In April 2015, President Obama publicly apologized for the drone killing of an American and an Italian citizen held in Pakistan – Warren Weinstein and Giovanni Lo Porto – and announced an independent inquiry into their killings. Faisal’s family has not yet had an acknowledgement of Salem and Waleed’s deaths.

Faisal bin Ali Jaber said: “Since the awful day when I lost two of my loved ones, my family and I have been asking the U.S. government to admit their error and say sorry. Our pleas have been ignored. No one will say publicly that an American drone killed Salem and Waleed, even though we all know it. This is unjust. If the US was willing to pay off my family in secret cash, why can’t they simply make a public acknowledgement that my relatives were wrongly killed? These things matter.”

Shelby Sullivan, Reprieve US attorney for Mr Jaber, said: “Faisal’s case demonstrates the folly of the US drone killing program. Not only was Faisal’s family innocent, they were the very people we should be supporting. His brother-in law was a brave imam who preached against extremism; his nephew was a local police officer trying to keep the peace. Unlike Western victims of drone strikes, Faisal has not received an apology. He simply wants the US Government to tell the truth and say sorry – it is a scandal that he has been forced to turn to the courts for this most basic expression of human decency.”

Eric Lewis, partner at Lewis Baach pllc, the law firm that is representing Mr Jaber’s family pro bono, said: “President Obama has rightly said that the United States must face up to its mistakes in the drone killing program: here is an opportunity. The drone strike that killed Faisal’s family was taken in violation of both US and international law. There was no ‘imminent threat’ to the US, and there was a clear probability of needless civilian deaths. It is time for innocent drone victims to be treated with dignity by our government. This includes telling bereaved families the truth about how and why their loved ones died.”

Jesselyn Radack, National Security & Human Rights Director, Whistleblower & Source Protection Program (WHISPeR), ExposeFacts, attorney representing the drone whistleblowers Brandon Bryant, Lisa Ling and Cian Westmoreland who submitted an Amicus:
“My clients felt compelled by the oaths they took to support and defend the Constitution to submit an Amicus. The drone program is in dire need of court oversight and public accountability, which cannot happen so long as the program operates in secret and the public is misinformed about its effectiveness.”