Afghan security forces transfer a victim into an ambulance after a suicide attack in Kabul, Afghanistan September 5, 2016 (Image Reuters)

Islamic Emirate, Afghan Taliban have claimed responsibility for twin blasts near the Afghanistan Ministry of Defence in Kabul on Monday. The attack occurred as people were leaving work killing 24 people and wounding 91 according to Waheed Majroh, health ministry spokesman, reported by Dawn media.

Blast took place in front of MoD building in #Kabul followed by martyrdom attack, tens of gunmen/officers of MoD killed/wounded

Emergency, an Independent and neutral NGO delivering high quality, free-of-charge medical and surgical care to victims of war, landmines and poverty posted the following photos of Twitter, stating, “Afghanistan, Kabul blast in front of the MoD, 21 wounded people brought to our hospital, 4 of them dead on arrival” 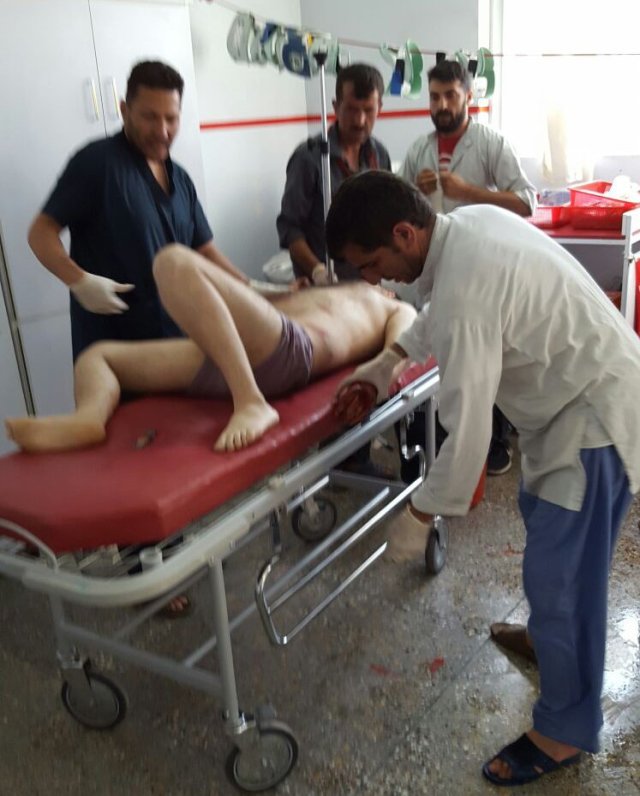 TOLO news reported that, Deputy head of Afghan President Protective Service (PPS), Zaman Ahmadzai, was one of those killed in today’s bombings in Kabul”. TOLO said, “among the dead are Sayed Zaman, the police chief for PD2, and Razaq, the deputy chief of the Support Brigade at the Ministry of Defense. Also killed were Zaman’s deputy and the head of the intelligence unit for PD2 among other high-ranking officials.”

President Ashraf  Ghani who had just released his “Remarks at the Special Meeting of the Joint Coordination and Monitoring Board on Brussels Conference for Afghanistan” claimed, “the enemies of Afghanistan have lost their ability to fight the Security and Defense Forces of the country.” This does not appear to reflect the reality on the ground where the Taliban have made significant gains during the past year including Helmand province and in the region of Kunduz.

Journalist, Naveed Ahmad tweeting on the blast was critical of the Kabul administration saying it was, “marred by sheer incompetence and elitist tendencies, the Unity Government ongoing legitimacy crisis resembles political satire.”

“Many Political analysts believe that there is American hand behind the death sentence awarded to Anas Haqqani and there are some circles in the Afghan government and political arena who are pushing for this death sentence awarded to Anas Haqqani. Many influential former and current government elite have publicly said that Anas Haqqani should be hanged without a trial which is against all the civilized rules of this world and also against the democratic rules and all the judicial norms.

The only reason behind this action is that they seek revenge and wish to add fuel to current scenario of war and it is a move which is also against peace. Last time after the execution of the political prisoners many judicial installations were attacked giving severe blow to the government.

If the higher courts also uphold the death sentence to Anas Haqqani, it will have very disastrous and dangerous consequences for the current regime. The war and its intensity will increase in all parts of the country. A lot of blood will be spilled and the government will be responsible for all of it.”

“Islamic Emirate: The Political Trial of Anas Haqqani and the Reasons behind it”