Islamic Emirate: Second Quarterly Report by Department for the Prevention of Civilian Casualties 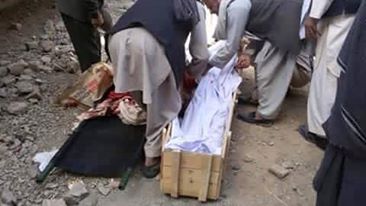 Department for the Prevention of Civilian Casualties

In the name of Allah, the most Gracious, the most Merciful

From the very beginning of illegitimate foreign occupation of our beloved homeland Afghanistan, the lives and properties of our civilian countrymen are once again seriously imperiled, as the Afghans are enforced into a futile war imposed by the foreign invaders and their internal supporters. The invaders have always scorned the human lives and dignity of our people having no reverence for them. They want to achieve their malicious objectives even at the cost of shedding the blood of innocent people, and the ongoing calamity and tragedy in our country is the inevitable outcome of such a conspiracy. Our civilian and defenseless countrymen are losing their lives and properties on the daily basis. Having no connection with warring sides, still their lives are not peaceful and tranquil. Their homes are raided, bombed and demolished. Their children are killed in indiscriminate attacks. They are brutally tortured and vexed. Eventually, they are suffering from extreme adversities in their everyday lives.

The Islamic Emirate has sacrificed all pleasures of life to protect the sacred creed of its people and to defend our beloved country. Its devoted members have left no stone unturned by working day and night to perpetuate the cause of Holy Jihad while suffering excruciating hardships, adversities, incarcerations and even sacrificing their own lives.

In the hierarchy of the Islamic Emirate, the Department for the Prevention of Civilian Casualties has been established by its leadership to protect the lives of ordinary people. Being fully authoritative, its main obligation is to deliberate and find out all possible ways and means of safeguarding the lives and properties of our civilian people.

One of the main steps undertaken for the protection of civilian lives is that the prevailing circumstances inside the country are discussed and analyzed so that an accurate reliable figure of civilian losses and casualties is achieved. The extent, quantity and quality of these losses is assessed, and a trustworthy comprehensive report is prepared and provided to the world community, to our own people, the warring sides and to the leadership of the Islamic Emirate; so that decisive steps could be taken in the reduction of these losses and casualties; and the real perpetrators, criminals and convicts of these felonies are identified and held responsible.

For this purpose, the Department for Prevention of Civilian Casualties has prepared, for the second time, a quarterly report comprising May, June and July of 2016, which is based on verified facts, proved information and on a direct contact with civilian victims.

The Department for the Prevention of Civilian Casualties is obliged to exert its utmost effort in collecting information of such incidents and then present it to our esteemed readers with great integrity and honesty.

During this time, our department has registered 188 civilian incidents on the basis of verified information, in which, overall 1033 civilians were martyred and injured. Among them, 401 defenseless countrymen have lost their lives and 632 others were injured.

The foreign American invaders, their mercenary army, police force and the notorious Arbaki militiamen are responsible for 124 of the above mentioned incidents; while 26 of these incidents have occurred during Mujahidin attacks or operations which is regretful for us.

On the other side, 38 additional incidents have been registered due to ‘Daish’ (i.e. ISIL), unidentified armed-men and other internal skirmishes.

In the light of above facts and figures, American invaders, the mercenary army, police and unrestrained Arbaki militiamen of stooge setup in Kabul is responsible for 66% of these incidents; Mujahidin are involved in 14% of such incidents, while the remaining 24% incidents were caused by ‘Daish’, unidentified armed-men and internal confrontations.

Among the deceased people, 286 were men, 50 were women and the remaining 65 were children.

Among the injured people, 469 were men, 29 were women and the remaining 114 were children.

According to the evaluation and investigation of the Department for Prevention of Civilian Casualties of the Islamic Emirate, among the total 401 civilians killed, 236 persons were martyred by the American invaders and the amateurish soldiers, policemen and notorious Arbaki militiamen of stooge Kabul regime.

115 of our oppressed countrymen lost their lives in the futile battles of ‘Daish’ fighters, unidentified gunmen and their own internal skirmishes, while 50 more civilians were killed due to the negligence in Mujahidin attacks.

The above digits show that 59% of civilian people were martyred by American invaders, the mercenary army, police force and Arbaki militiamen of the puppet regime of Kabul. ‘Daish’ and unidentified armed groups are accountable for 29% of these casualties, while Mujahidin are responsible for the remaining 12% loses.

In the overall 632 injured persons, 266 were wounded by American invaders and their affiliated stooge soldiers, policemen and Arbakis; 311 persons were injured by ‘Daish’, unknown armed-men and internal fighting; while 55 persons were wounded due to Mujahidin’s negligence.

The above figures of wounded civilians reveal that American invaders and their affiliates are responsible for 42% cases; ‘Daish’, unknown armed groups and internal fighting and feuds bear 49.30% responsibility; while 8.70% people were injured by Mujahidin.

Note: In the following lines, those incidents are elaborated in which, a mass civilian killing has taken place.

On Friday 13th May 2016, ordinary civilians became the target of indiscriminate mortar shelling of amateurish soldiers of Kabul regime in ‘Deh Hayat’ area of ‘Narkh’ district of Maidan Wardak province, in which, three children were martyred and 4 others were injured.

On Friday 15th July 2016, a convoy of four land cruiser type vehicles became the target of B-52 American bombers and their drone strikes in ‘Raig-i-Shahidan’ area of ‘Maiwand’ district in ‘Kandahar’ province. These vehicles were carrying passengers and other supplies to ‘Bahramcha’ district and various other areas of ‘Helmond’ province. In this incident, all four vehicles were completely destroyed and all 20 ordinary passengers on board were martyred on the spot.

On Monday 13th June 2016, a funeral ceremony was indiscriminately bombed by the brutal American invaders in ‘Todanak’ area in the suburbs of ‘Farah-Road’ district of ‘Farah’ province, in which, five innocent civilians including women and children were martyred and ten others were injured.

On Tuesday 28th June 2016, seven ordinary countrymen were martyred, eleven others were injured while 62 more innocent people were incarcerated by the unrestrained militiamen of notorious warlord ‘General Dostam’ in ‘Shishfaro’ area of ‘Dawlat Abad’ district in ‘Faryab’ province. Besides these casualties, ten houses were put on fire and completely burnt. Even some families were dishonored and humiliated.

On Sunday 17th July 2016, the houses of innocent civilians were indiscriminately bombed in the center of ‘Ajristan’ district of ‘Daikundi’ province, in which, eight persons were martyred and injured. Some details are as following:

On Friday 17th June 2016, the houses of innocent countrymen in ‘Ghochak’ area of ‘Charchino’ district of ‘Urzgan’ province were hit by mortar shelling, randomly fired by the amateurish soldiers of puppet regime in Kabul, in which, two children of a villager named ‘Abdul Haleem’ were martyred and a woman and three children of another villager named ‘Hayatullah’ were also martyred.

On Wednesday 6th July 2016, houses of civilian people in ‘Baghki’ area of ‘Khakraiz’ district in ‘Kandahar’ province were severely bombed by savage American invaders on the very first night of ‘Eid festival’, in which, two women, five ordinary villagers and those labors who had come from ‘Farah’ province to earn their living in this area, were martyred and four other civilians were injured. But according to a local eye-witness, five labors from ‘Farah’ province, two nomads and two women were martyred in this tragic incident and two others were injured.

On Wednesday 4th May 2016, a local Mulla Imam (the one who leads congregational prayers), a white-bearded old man and an aged woman were ruthlessly martyred by the local unrestrained savage Arbaki militiamen at 8’o clock early in the morning in ‘Ada’ area of ‘Haji Haider’ village in ‘Nava’ district of ‘Helmond’ province.

On Thursday 19th May 2016, civilian houses in ‘Umar Khail’ area of ‘Pul-i-Khumri’ district in ‘Baghlan’ province were raided by savage foreign invaders collaborated by their internal mercenary army soldiers, in which, a white-bearded old man and a woman were injured while five other innocent people were martyred. The details are as following:

On Friday 22nd July 2016, ordinary people participating in a funeral ceremony in ‘Incho’ area of ‘Said Khail’ district in ‘Parwan’ province was ruthlessly bombed by the mercenary army of puppet regime in Kabul, in which, 6 innocent people were martyred and 15 others were injured.

On Saturday 23rd July 2016, houses of civilian countrymen in ‘Naoroze Khail’ area of ‘Darqad’ district in ‘Takhar’ province were hit by a missile, randomly fired by the amateurish soldiers of stooge Kabul regime, in which, five persons including women and children were martyred and three others were injured. All the unfortunate victims of this tragic incident were the members of one and the same family.

On Monday 25th July 2016, civilian houses in ‘Qarlaqo’ area of ‘Dasht-i-Archi’ district in ‘Kunduz’ province were targeted and shelled by the Helicopters of stooge army of Kabul setup, in which, four women and two children were martyred and four other women were injured.

By the grace of Almighty Allah, cation level of Mujahidin of the Islamic Emirate has been significantly increased during recent military operations. The best and latest proofs at hand are the two most recent attacks inside Kabul; one of them in ‘Qasaba’ area of Kabul, in which, a police convoy was targeted; and the other one carried out on a foreign guest house inside Kabul. Though quite heavy explosives were used in these two attacks, resulting in heavy casualties and losses for both the foreign invaders and their internal mercenaries, but the amount of civilian losses was next to cypher as no ordinary people were harmed or injured in these two huge assaults.

The department for the prevention of civilian casualties and losses, owing to its religious and national obligations, calls upon all warring sides to take their utmost precautionary measures regarding the safety and security of ordinary civilian lives during fighting. The lives of innocent people should be paid due attention and reverence; and no Islamic and human values should be neglected and violated in this regard.

Department for the Protection of Civilian Casualties

“Islamic Emirate: Breakdown of statistics on civilian casualties (May to July 2016)”