Yemen: Graphic photos emerge of aftermath of US backed Saudi coalition strike on a food factory in Sanaa

Victims burned alive at a potato chip factory in Sanaa

The conflict in Yemen is mainly between Zaidi Shia rebels (Houthi) allied with former president Ali Abdullah Saleh (in charge of the country from 1990 to 2012) and forces loyal to President, Abdrabbuh Mansour Hadi who was forced to resign along with his government in January 2015 after the Houthis moved in on Sanaa. Hadi was replaced by an internationally unrecognized transitional revolutionary council, headed by Mohammed Ali al-Houthi. The air strikes ceased on 11th April but resumed following the suspension of inconclusive peace talks in Kuwait.

“The factory targeted was situated inside an army maintenance camp. Firefighters scrambled to control the resulting blaze but were unable to rescue people inside the building. More than half of those killed are believed to be women. Abdullah al-Aqel, the factory director, said the death toll stood at 16, with more than 10 people injured.”

Nasser Arrabyee, a Yemeni journalist and film maker posted a series of graphic photos on Twitter allegedly showing the aftermath of the attack asking “how Americans would expect peace and terror-free US when (President) Obama backs Saudis to kill Yemeni women and kids inside food factories?” Images are as follows:- 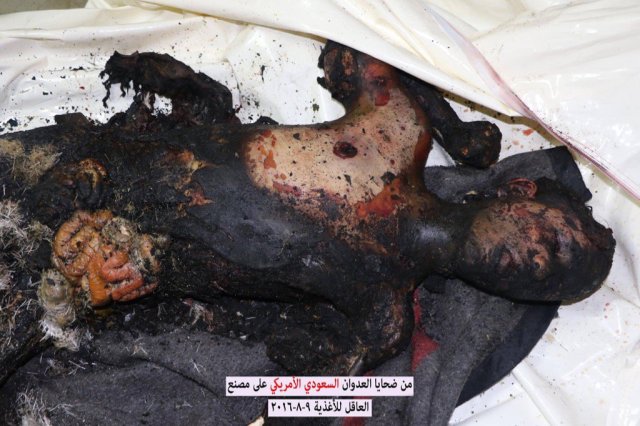 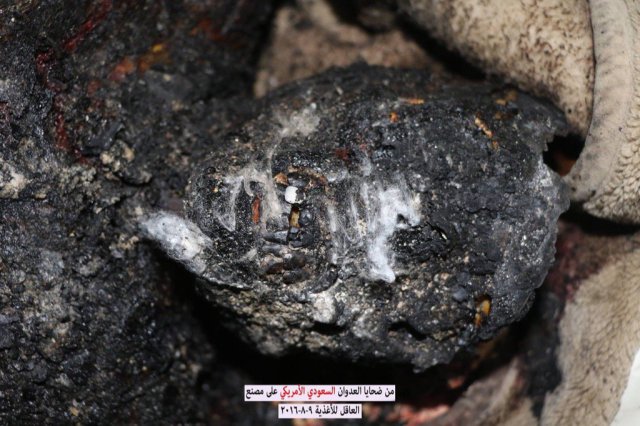 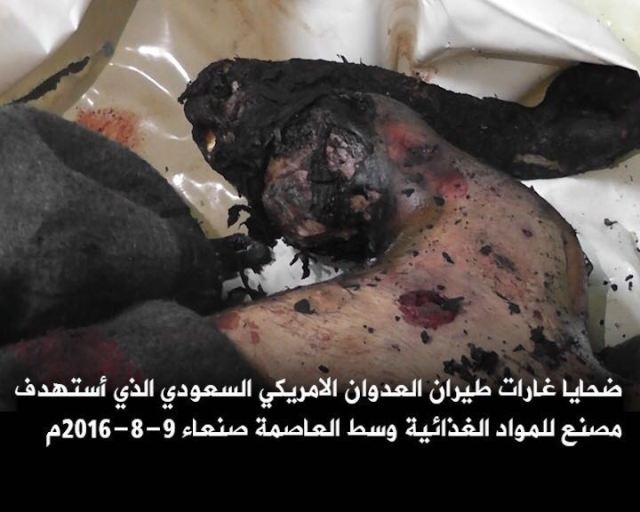 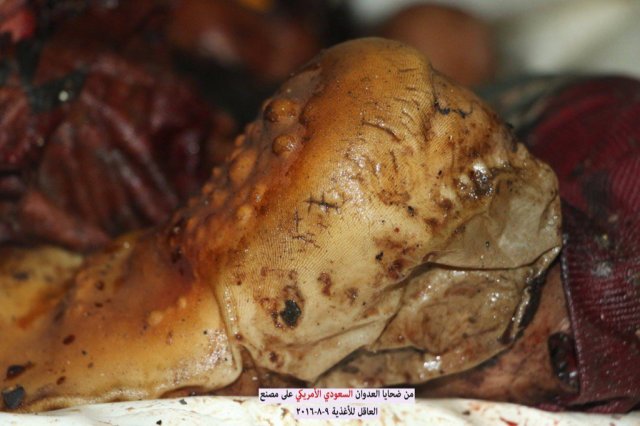 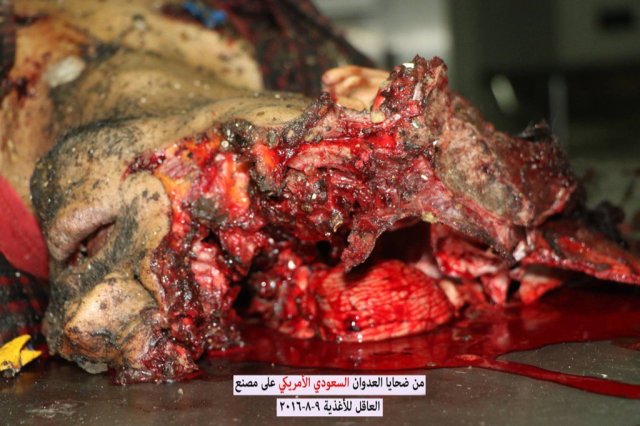 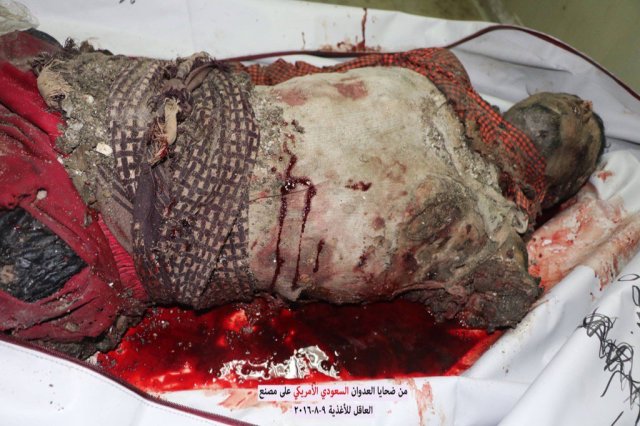 All images via Nasser Arrabyee, Yemen

1 Response to Yemen: Graphic photos emerge of aftermath of US backed Saudi coalition strike on a food factory in Sanaa