The barbaric killing last week of a 16 year old girl named Ambreen Riasat in Makol village, Donga Gali, Abbottabad district has shocked many in Pakistan. Dawn media reported that the young girl’s charred body was discovered in a vehicle at a bus stop. The killing was alleged to have involved 15 members of a jirga (tribal council) who reacted following the elopement of a couple on April 23 with claims they were assisted to leave by Ambreen and a driver named Naseer.

‘Took her (Ambreen) to an abandoned place outside the village and made her unconscious by injecting her with some drugs.”

‘Then they seated the girl in a van in which the couple had escaped. They tied her hands to the seats and then poured petrol on her and the vehicle.”

“The vehicle was then set ablaze.”

Wazir said he “hadn’t seen such a barbaric attack in my whole life.” Ambreen may also have been strangled.

Members of a tribal council accused of ordering the burning death of a 16 year old girl are shown to the media after they were arrested by police in Donga Gali, outside Abbottabad, Pakistan on May 5, 2016. (Image, Online News TPX/Reuters)

Abdullah Khan an expert in Managing Director at Pakistan Institute for Conflict and Security Studies (PICSS) comes from the village where an horrific crime was committed against a young woman raising an outcry from the public and led to an outpouring of his his personal thoughts on the incident for social media. Dawn Media stated that according to police, a 15-member jirga (tribal council) “had ordered the girl, named as Amber, to be killed and set alight as punishment for helping her friend to marry of her own free will” see following link from the BBC,

Complete Story of Burning a Girl in Abbottabad:
No copy rights anyone can share.

On April 29, 2016 at around 3:00 am people of Makol which is 35 kilometer south east of Abbottabad city and around 11 kilometers from Nathya Gali saw two Suzuki vans engulfed in huge flames. They tried to put out fire but the fire went out only when nothing remained to be burnt in both the vans. A handful of number of local people had gathered around in the meanwhile and they were astonished to see that a body of a girl was lying on back seat of one of the vans. The body was tied to the back seat. People announced in loud speakers of Masjid but no one turned up.

A group of local people started advocating that it is an unknown dead body and started to collect money to send her dead body to Abbottabad for autopsy. It was business as usual for the police initially as the village Makol is famous for enmity and killings in rivalry. However, such brutality was never scene. This is for the first time that I reluctantly associate myself with my own village. The incident happened just about hundred meters from my home and I usually park my own car where these two vans were burnt. When I came to know about this incident I was sure that it was work of young gangs of boys who have become a trade mark of our village.

The village had produced first gold medalist in 1974 when our Sardar Hukamdad took first position in BSc from Peshawar University. Higher education rate is also better than surrounding villages however short temper is also trade mark of one part of my village. Almost every year few people are killed on very petty issues. Around fifteen years back one of my village mate became absconder in police firing. He went to jail and then came back as Tarzan of the area. Unfortunately our jails produce Tarzans everywhere. Last year he was killed by people of his own clan in revenge killing but his ‘tenure’ changed the mindset of young boys and they started to idealize him. Now there are many following his footsteps and education rate after matric is going down. They roam free and no one is safe from them. They are involved in raping, extortion and many other crimes and police never took care of the issue seriously. So my obvious suspicion was on them.

I was quite upset and wanted that this tragic incident should be start of a new era in my village so I tweeted the photo of the dead body of the ‘unknown’ girl and it went viral. Thanks to Omar Qureshi from Express Tribune for helping in spreading the word. After few hours of social media campaign it moved the senior police officers and then the issue went up to the CM. Thanks to Member Provincial Assembly Amna Sardar who raised the issue in the assembly. In the evening we came to know that the girl was well known instead of unknown as she was a student of 9th class aged around 15 and daughter of a poor laborer Riasat from Makol Payeen. Her name was Ambreen. She was not mentally fully fit and was under some sort of spiritual treatment.

Police and everybody was clueless that why she was burnt. Killing was enough if someone wanted to shut her up. It looked like kidnapping for rape and then killing to remain undetected. But again the question was why someone will burn her.

Police had to pick up Ambreen’s mother Shammi as her statements were not consistent. She told police that her daughter was at home till 10 p.m. then light went off and she slept. Next morning she did not found her girl. She heard about burning a girl, but did not tell anyone that it can be her girl. She was not crying. Not too much upset. But police failed to get any clue from her.

On social media and mainstream media the incident had become a burning issue. Chief Minister Pervez Khattak himself was pursuing and our village was like police station for almost a week.

While under pressure police was following every lead they could get and on the night between May 4 and 5 they raided at my brother in laws home. My brother in law is a retired nursing Havaldar from Army Medical Corp and the only person available in the area to provide basic health care facilities. To me it was as Police was teaching me a lesson indirectly for highlighting the issue on social media. I contacted the District Police Officer and Station Head Officer (SHO) through my contacts in parliament and military but the DPO was bent upon to bring my sister and brother in law to police station at midnight. His response to my contacts was that he has almost reached to unearth the plot and investigation from my sister and brother is instrumental. However, he sent them back after asking them just three questions. Perhaps he was satisfying his ego that he defied to senior military officers and a senator but to me he was disgracing a mother whose two sons are doing PhD in computer science and the couple is highly respected in the area. Next morning we came to know about DPOs press conference and achievement in solving the mystery. We personally suffered due to his attitude but even then I supported his team on social media as it was much needed break through.

What was revealed is mind boggling. None of the perpetrators was a gangster or criminal and all my guesses were wrong. One of my sisters had told me very next day that the girl was killed to revenge a love marriage of another girl but when I counter checked from other people they said it is not possible. But my sister had a clue and she proved to be right.

Young Saima never thought that her love marriage will transform her clan into blood sucking beasts. She ran away from her home and did court marriage with a boy Musa son of Muhammad Aslam. Saima’s clan is called Sadyal while she married to Musa who belongs to Bakoti clan. Locally clan is called Bradri. Men of Sadyal Bradri let by local councilor Sardar Pervez sat together at midnight and decided that they will teach an unprecedented lesson to those who played a role in love marriage of Saima. They had suspicion on Ambreen as she was a friend of Saima. Some of them went to Ambreen’s house and told her mother to send him with them otherwise they will kill her only remaining son. The other son had died two years ago in mysterious circumstances. They told her that they will send her to Madrassah but did not want her to live there. Poor Shammi had no choice but to oblige to save life of her son. They took away poor Ambreen. There are different accounts whether she was raped or not but she was killed and then her dead body tied to back seat of the van.

Luckily Saima is still alive (unlike some media reports) as the family in which she got married is more powerful than Sadyal bradri. They went for one of the most poor family in the village. Ambreen’s mother is still in police custody and still has not spoken anything which could help police but police has itself uncovered the mystery. A text message by one of the culprits to another person had provided the lead. Police was helped by intelligence agencies too.

The culprits were so clever that they used to remain with the police during investigation and most of the times mislead them. But Ambreen’s blood had to speak out and it spoke out well. Now it is time to keep an eye on proceedings of the case and how it is prosecuted in the court of law. Someone told me that the case may be tried in military court which I do not agree. It will be total mistrust on existing judicial system if this case is transferred to military courts. I also disagree with counter terrorism sections included in the FIR. Terrorism is generally defined as use of violence for achieving political goals. It was brutality and Pakistani law must be capable for dealing with it. I thank you all for your support during last one week. It is a collective victory of all of us and lets stand together against these rascals who could not let a girl marry according to her wish.
I will correct spelling mistakes and other errors later.

Today a new victim briefly makes the news. Her name is Maria (age 19) Dawn Media states, the young woman “was tortured and set on fire after refusing a marriage proposal, succumbed to her injuries in Islamabad’s Pakistan Institute of Medical Sciences (Pims) on Wednesday”

On Twitter a businessman and dentist who goes by the name Changez Khan, posted,

Once again innocent girl named Maria is tortured,kerosene oil & then set on fire by 5 men & she died in murree hosp.

The anger was building up on social media with the first posters appearing. Zarlasht Faisal asked the question, “a girl burnt in Murree over a marriage dispute succumbs to injuries, an acid attack on a woman in Sahiwal. Where is the “progress” Pakistan? Protesters wanted to know what measures were being taken to prevent such attacks, as they highlighted, such terrible abuse of females must not go unpunished…. “there is no honour in killing.” 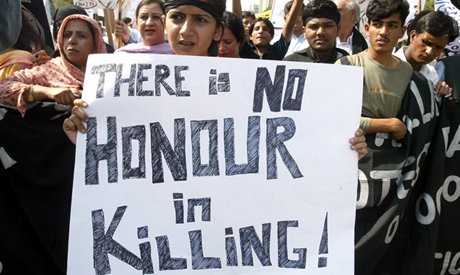