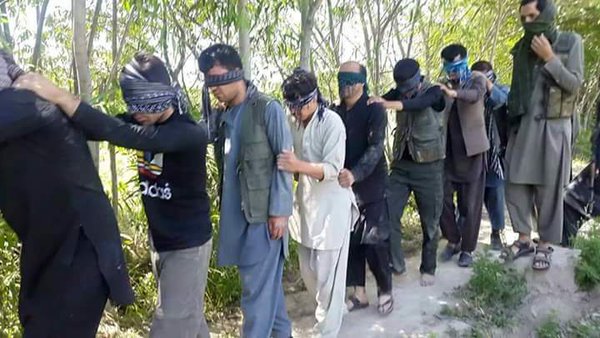 Bus incident in Kunduz (picture) all detained are allegedly SOF/ANA

KUNDUZ, May. 31 – 26 Enemy troops travelling in a civilian bus and wearing civilian clothes were detained by Mujahideen of Islamic Emirate during a search operation in Angoor Bagh area of the provincial capital, Kunduz city.

The 26 commando and ANA troops trying to leave via 3 buses were detained with all their documents and later identified via biometric devices whereas the ordinary civilians also travelling with to their respected areas were set free after a brief investigation.

6 detainees trying to run away were killed during pursuit while the rest of the hirelings are still in Mujahideen captivity.

All the detainees are military personnel and not civilians as claimed by the media. Each one has been captured with his documents via a well planned intelligence operation.