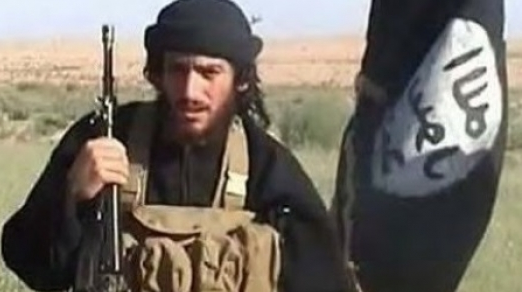 Social media was abuzz with messages on Saturday from Islamic State followers anticipating the release of an audio message speculating that it might come from IS leader Abu Bakr al -Baghdadi. Users of the Al Furqan hashtag found their accounts quickly taken down replaced by satire and abuse. Social media showed the usual double standards on censorship silencing IS supporters whilst accounts for alleged CIA torturers remain in place as usual.

Some IS related accounts got a little carried away in the run -up to the release posting images on Telegram and Twitter showing messages of support from around the world and may have accidently revealed their locations. BuzzFeed stated, “their photos were supposed to instill fear by showing that the group had supporters in major European cities. Instead, the photos were used to geolocate the fanboys, and give tips to local law enforcement officials on how to find them.” 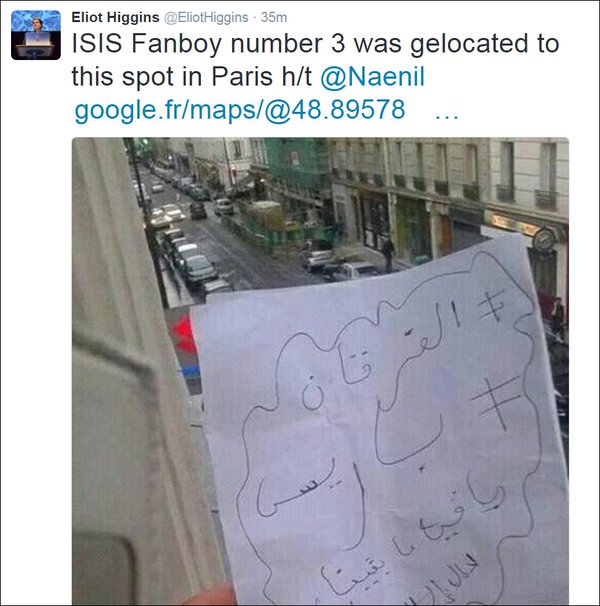 Those waiting were presented with a 31 minute recording via Al Furqan media entitled “That They Live By Proof” from IS spokesperson Abu Mohamed al-Adnani, born Taha Sobhi Falaha in Syria. According to Rewards for Justice, Adnani, a senior leader of the Islamic State of Iraq and the Levant (ISIL) was named as a Specially Designated Global Terrorist pursuant to Executive Order 13224 by the U.S. Department of State on August 18, 2014.

Adnani delivered what was essentially an attempt to rally supporters threatening Jews and Crusaders and calling for attacks on the west, both military and civilian targets. Michael Horowitz, geopolitical and security analyst commented, “seems to me that this speech is an answer to the recent (Ayman Al-) Zawahiri speech and preparation for major defensive battles, ISIS.” (Zawahiri is the current leader of Al Qaeda).

Reuters news agency quoted Adnani who stated, “Ramadan, the month of conquest and jihad. Get prepared, be ready to make it a month of calamity everywhere for the non-believers especially for the fighters and supporters of the caliphate in Europe and America”. There was however no reference to any attack on EgyptAir flight MS804 which crashed into the Mediterranean this week (the circumstances which led to the catastrophic incident are still unclear). Rukmini Callimachi, correspondent for The New York Times, focusing on al-Qaeda and ISIS tweeted, “Cairo-based journalist listened to whole speech. No mention of plane.”

Adnani did refer to the US coalition carrying out 20,000 airstrikes on Iraq and Syria, whose planes “do not distinguish between civilians and combatants, man or woman.” Residents of Raqqa, northern Syria are now under further threat of airstrikes if they don’t leave the city. Charles Lister, senior fellow at the Middle East Institute who focuses on terrorism, insurgency and sub-state security threats across the Middle East tweeted, “US-led coalition have dropped leaflets on Raqqa (Friday) calling on residents to flee to city: “the time has come” – He added that ISIS in Raqqa had now “issued a decree permitting civilians to leave the city to take shelter in Raqqa’s rural areas.”

As Middle East Eye reported, part of the Adnani rhetoric was that the group will not go under even if it goes back to guerilla warfare. He stated, “will we be defeated if we lose Mosul, or Sirte, or Raqqa, or all the cities, and go back to how we were before?….. No. Defeat is only losing the desire and the will to fight.”

Al-#Adnani: “Listen #America; Crusaders; Jews, your armies & groups will not scare us. Your threats & campaigns will not derail us.”

Al-#Adnani: “You won’t win & you’ll be defeated. Do you believe that victory is by killing one leader or more? Then it’s a false victory.”

Al-#Adnani to #Obama: “Where’s the new Middle East map U.S. came up with? Or, was it us who drew it out & your destruction is now imminent?”

Al-#Adnani incited killing civilians in U.S., Europe: “Know that in Crusader lands there’s no immunity…no presence to so called innocents”

Al-#Adnani to lone-wolves in U.S. and Europe: “Know that targeting so-called civilians is more beloved to us, more brutal & painful to them”

1 Response to Islamic State: Al Furqan media releases audio of Adnani…threats to the west and responses