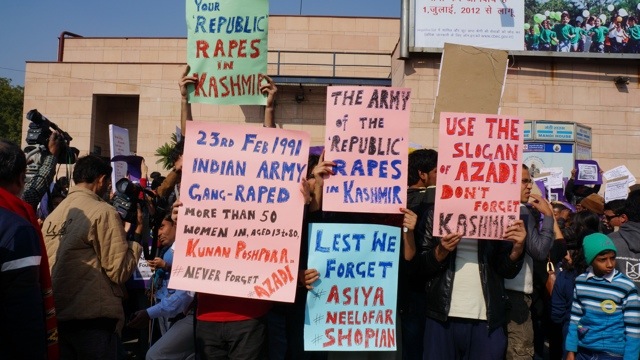 To date, more than a year later, the case remains with the Supreme Court registry, which is still seeking objections and responses from the parties. Government of Jammu and Kashmir has ensured delay in this matter by the manner in which it has served the other parties in the case. On 29 April the case was heard by the Supreme Court Registrar who noted that Wajahat Habibullah [then Divisional Commissioner, Kashmir] and then Press Council of India member Vikram Rao have yet to even be served notice of this case by the Government. Meanwhile, the 9 officers of the 4 Rajputana Rifles made parties to the petition have been given four more weeks to file their response. Union of India [Ministry of Defence] has failed to file its response in this case and no further opportunity will be provided to do so as per the Registrar’s earlier orders of 30 September 2015. The case is next listed on 12 August 2016 before the registry.

The survivors of Kunan Poshpora have at every forum – including the Supreme Court – emphasized the urgency for fair and independent investigations. But, Government of J&K has chosen to take the issue of compensation before the Supreme Court in a clear attempt to completely stall investigations in this case that were otherwise being pursued before the Srinagar bench of the High Court. In March 2016, the survivors wrote a letter to Chief Justice of the Supreme Court, T.S. Thakur seeking the urgent attention of the court to the Kunan Poshpora case. The survivors have received no favorable response to this letter and now face a further three month delay in the case.

To date, six victims of rape and torture have died but it is clear that Government of J&K and the army have no concern for the victims and are hoping to frustrate them through the legal process itself.