On April the 19th 2016, Taliban forces carried out a self-sacrificial operation on the Directorate 10 building – associated with the Afghan intelligence agency NDS – housing members of the elite ‘Directorate of Security for Dignitaries’.

The powerful attack using a truck bomb followed by 2 member group opening fire on the remaining personnel inside resulted in death and injuries to hundreds of elite intelligence unit members however the enemy tried to portray the attack as having mainly caused casualties to civilians despite the fact that the attack only destroyed the targeted building from a direction which would have made the likelihood of causing mass civilian losses impossible.

To supposedly prove mass destruction and civilian losses, the enemy created an uproar and immediately began circulating photos of the ‘incident’ on social media and news websites. This propaganda effort has backfired thanks to Google website and its reverse image search capabilities as shall be shown in the upcoming video and photos.

The Taliban spokesman, Zabihullah Mujahid, condemned the use of fake photos and said:

“The fact that some so-called human right organizations and humanitarians only selectively condemn Mujahideen attacks while covering up blatant atrocities committed by the Americans and their lackeys, clearly shows that using such incidents is not due to any humanitarian cause rather they are exploited as high-end propaganda material which shall never be paid any heed to by the Islamic Emirate.”

This was followed by the Commission for Cultural Affairs of the Islamic Emirate (Taliban) issuing a notice to media outlets and warning about the consequences of publishing biased and unverified reports. The statement read:

“Such actions not only bring about historic disrepute, rather they will also compel the Jihadi side to safeguard its status and force their hand in neutralizing propaganda instruments working for enemy interests.”

“In this regard the committees for protecting journalists and media must also encourage media outlets to observe ethics of journalism and maintain impartiality to avoid inflaming sentiments.” 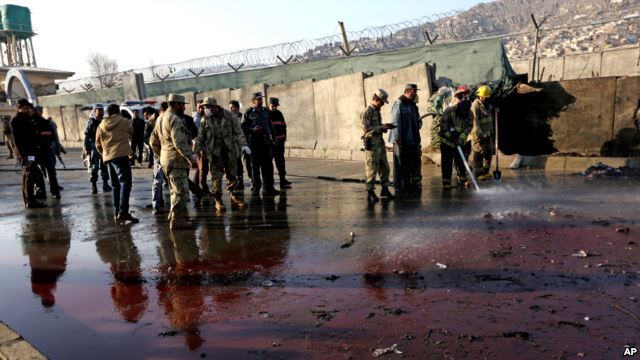 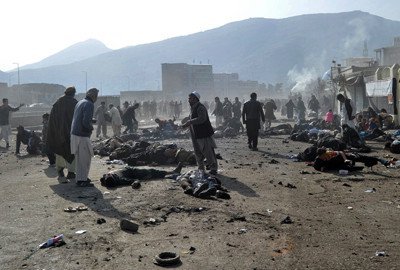 Attack on Shia gathering in Kabul during year 2011, passed by media as photo from site of April 19 attack

2008 photo of attack near Indian Embassy in Kabul, also passed by media as picture of April 19 attack

Photo of aftermath of Assad regime air strike on residential area in Syria, 2015 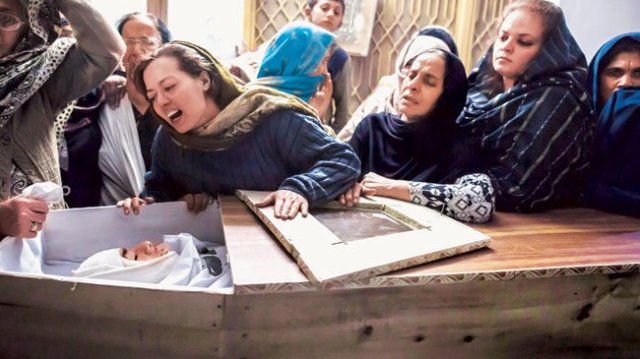 Photo of mother crying besides killed son following TTP attack on school in Peshawar, 2014. This is also being passed as aftermath of April 19 Kabul attack 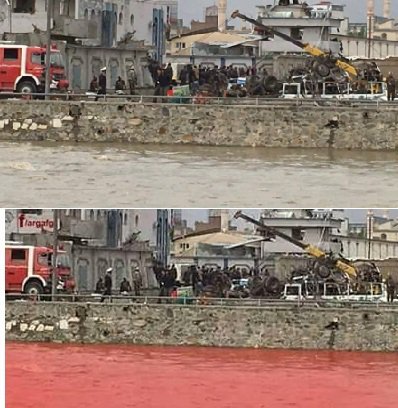 Aftermath of bomb attack in front of school in Iraq, 2007. Passed off by ‘Ismat Qani’ social media user as result of April 19 Kabul attack