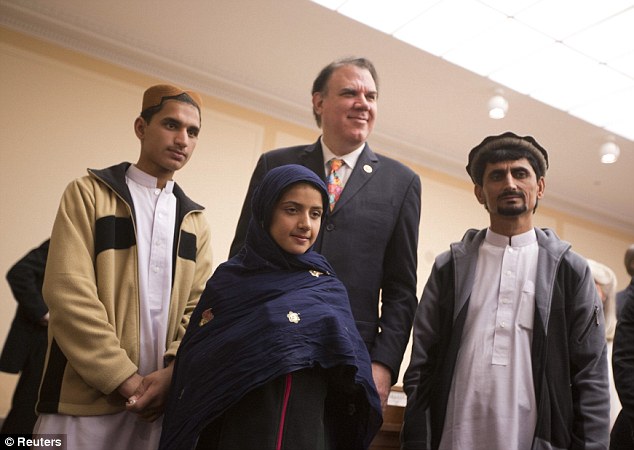 (Image via Daily Mail and Reuters)

A video project launched today by the Guardian and Reprieve details the civilian impact of the US covert drone programme, through the voices of those who have lost family members to the strikes.

In the video interviews, six clients of the human rights organization Reprieve – all of whom lost innocent family members to covert US drone strikes in Pakistan and Yemen – talk about the aftermath of those strikes, and the difficulties of ‘life after drones’ without accountability for the killings.

Their stories come ahead of the expected release of the first White House estimate of the numbers of civilians killed by US drones. Asked about the issue two weeks ago, President Obama said there was “no doubt” that civilians had been killed by drones. He has given no indication, however, that he intends to name or otherwise acknowledge those civilians beyond the release of total numbers.

The six Reprieve clients profiled today in the Guardian include:

– Ramazan Khan, from Pakistan, whose fourteen year old grandson Sadaullah lost both of his legs in a drone strike in September 2009. Mr Khan has told Reprieve that, in the years after the strike, the cost of his grandson’s medical treatment bankrupted the family. Sadaullah eventually died from his injuries.

– Kareem Khan, who lost his son and brother on New Years’ Eve 2009. Mr Khan has been involved in litigation in Pakistan for seven years to find out why his family was targeted. He has also brought murder charges against the CIA station chief who ordered the strike, which resulted in a Pakistani investigation being opened in 2015. To date, no one has been arrested.

– Ahmed Jan, one of a few people who survived a March 2011 drone strike on a tribal Jirga (community meeting) in Pakistan, which killed over 40 tribal elders. Five months later, it was reported that the strike was made in “retaliation” for Pakistan’s refusal to release a CIA contractor who had shot two people in a Lahore market.

– The Rehman family, including Nabila and her brother Zubair, who were 9 and 13 when their grandmother was killed in a strike in October 2012. In 2013, the family travelled to the US from northwest Pakistan to speak to members of Congress and others. However, the Obama Administration declined to meet with them, or to comment on their cases.

– Mohammad Al Qawli, whose brother Ali, a teacher, was killed in January 2013 in Yemen. Mohammad now cares for Ali’s family on top of his own. In 2013 Mohammad established the Yemeni National Organization of Drone Victims, which seeks answers and provides support to the victims of US drone strikes.

– Faisal bin Ali Jaber, from Yemen, whose brother-in-law Salem – an anti-Al-Qaeda imam – and nephew Waleed – a policeman – were killed by a US strike in 2012. Following the strike, Faisal was offered US$100,000 in cash by Yemeni officials, who said it was from the US government. However, the Obama Administration has refused to comment publicly on the case, arguing in a US court that a legal action by Faisal, which asks for a public apology, should be thrown out. Yesterday, Faisal filed a Freedom of Information lawsuit in DC, demanding information from the US about the strike.

The interviews come a week after new evidence emerged of UK involvement in the US drone programme. A report by Reprieve detailed the UK’s role in the setting up of secret US ‘kill lists’ since 2001, while an investigation by Vice News revealed that UK military and intelligence personnel are closely involved in the targeting of strikes in Yemen.

Commenting, Jennifer Gibson, staff attorney at Reprieve, said: “As the White House prepares to release its first ever estimate of the civilian toll of the US drone program, it’s crucial that we come to grips with the true extent of the collateral damage these strikes have caused. A bean-counting exercise does not tell us this. Only ensuring the voices of the victims are heard can.

“If the Obama Administration is serious about shedding light on this secret program, then the President must take down the wall of silence that has met its victims. The US must put names to the numbers, and give Pakistani and Yemeni victims the same measure of respect he accorded an American and Italian – an apology. Only then can we start to come to grips with the true cost of these covert killings.”