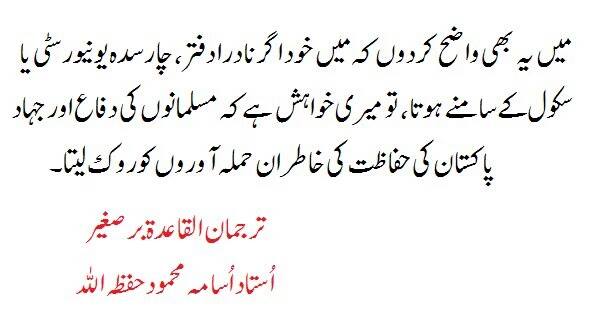 I want to make it clear that if I were in front of NADRA office, Charsadda university or school, I myself would stop those assaulters for the defence of Muslims and Jihad e Pakistan. AQIS Spokesperson Ustad Usama Mehmood Hifzullah

Whether it’s about killing of Innocents / Civilians in front of Nadra Office or shooting University’s students; Jihad & Mujahideen has nothing to do with the crimes like killing innocent Muslims.

(Via Views from the Sofa)

1 Response to AQIS spokesperson condemns killing of civilians and Muslims