Islamic Emirate: The implosion of Kabul regime in guise of resignations 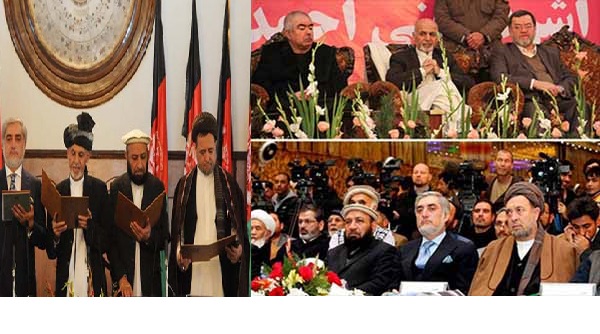 Observers and analysts from the very beginning, had no expectation of success and proficiency from the dependent and heterogeneous coalition regime of Kabul which was installed by John Kerry under the auspicious of American embassy herein.

The head of presidential palace, Ashraf Ghani, assured the people of establishing a more active and transparent administration as compared to the previous regime. That they would enjoy significant progress in political, economic, security and business sectors. He asked for a chance of one hundred days and said that if tangible improvements were not achieved then the people could complain and protest against him!

Now as over two years have elapsed, not only has no improvement or progress been achieved by this stooge regime rather it is deteriorating by the day.

The puppet regime of Ghani failed to comply with any of its promises made to the masses of our country. Forget about meeting the demands and expectations of ordinary people, it has even yet to complete its own setup.

On one hand, the stooge admin is suffering from scarcity of proficient and skilled officials. With some exceptions, most of its members are the tested and rejected figures of the previous regime as the authorities are not independent in selecting or appointing talented people for vital posts.

On the other hand, it took way too long for the stakeholders of this heterogeneous regime to proportionally divide the admin portfolios, for instance the crucial defense ministry is still being run by a caretaker.

In addition to the above discrepancies, a new wave of successive resignations has paralyzed the puppet regime of Kabul and is truly considered a final blow for this decaying heterogeneous setup.

Reports say that even more high ranking officials are vying to their posts.

So what is the reason behind these resignations?

One could conclude it as political piety or commitment to national interests by those who have already resigned or those who want to follow suit but the reality is otherwise. Had these figures any commitment to national interests they wouldn’t have participated in the stooge regime formed and directed by John Kerry. A regime which was inaugurated by signing the disgraceful ‘Bilateral Security Agreement’ with Americans aimed at enslaving our beloved homeland Afghanistan!

Actually the dawn of Ghani regime was the beginning of new era of extraordinary and unprecedented miseries for our helpless masses which inevitably undermined the popularity of this puppet regime among the people. And the ministers are well-aware that the regime is on the verge of an implosion therefore they are competing with one another in resigning from their posts.

An even greater menace for the Kabul based stooge regime is the incessant and spectacular advances of Mujahidin of the Islamic Emirate in various parts of the country. The timid enemy feels itself insecure even in major cities. The recent achievements of Mujahidin in Helmand province is a signal of even greater advances in other parts of the country during this year Jihadi operations. The high ranking officials and ministers of Kabul regime who are most conscious about their vested personal interests have been quite vigilant in departing the stooge regime in its declining phase.

The ongoing scenario of Ghani regime can be compared with the collapse of ‘Najeeb’ government in the early nineties; i.e. it is under the increasing pressure of Mujahidin’s incessant attacks and is also internally decaying from suffocation, resulting in an inevitable and imminent disintegration and collapse, In-sha Allah (God willing)!!