Crowds of demonstrators took to the streets of Sanaa on 18th March led by Ansar Allah (Houthis) to protest at the high number of civilian casualties as a result of Saudi Coalition airstrikes over Yemen, labelling attacks as alleged “war crimes”. Two missiles caused devastation on Tuesday hitting the busy Al Khamis market in the Mustaba district of Hajja province killing 119 people with a further 47 injured. 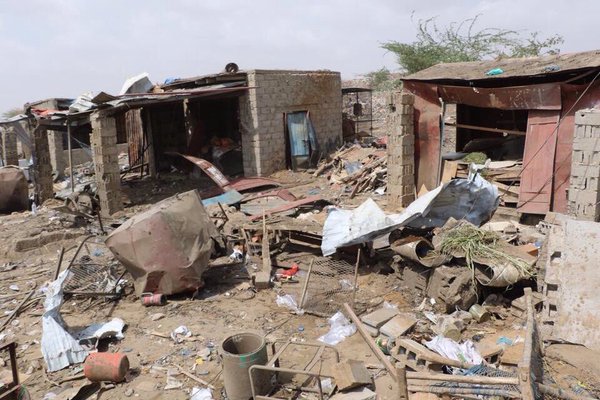 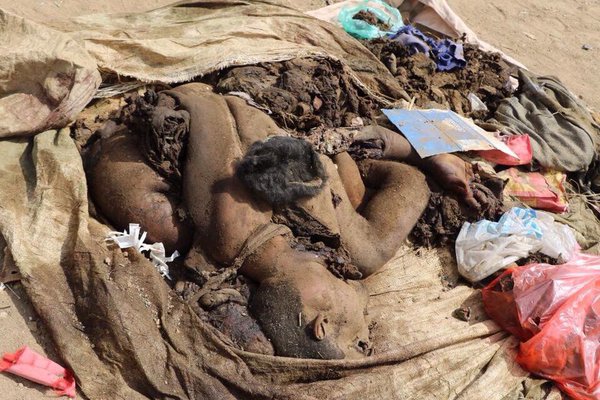 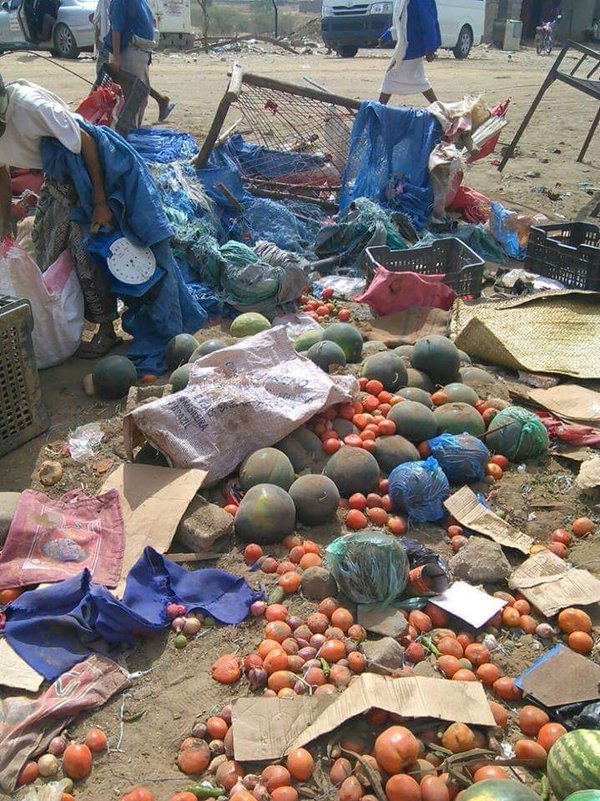 “Looking at the figures, it would seem that the coalition is responsible for twice as many civilian casualties as all other forces put together, virtually all as a result of air strikes,”

“They have hit markets, hospitals, clinics, schools, factories, wedding parties – and hundreds of private residences in villages, towns and cities including the capital, Sanaa.”

“Despite plenty of international demarches, these awful incidents continue to occur with unacceptable regularity.” 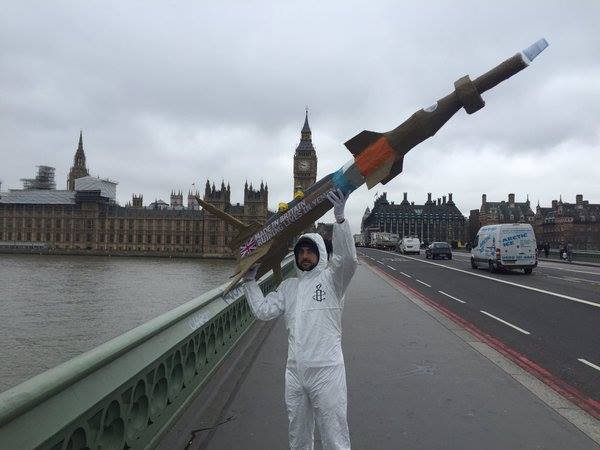 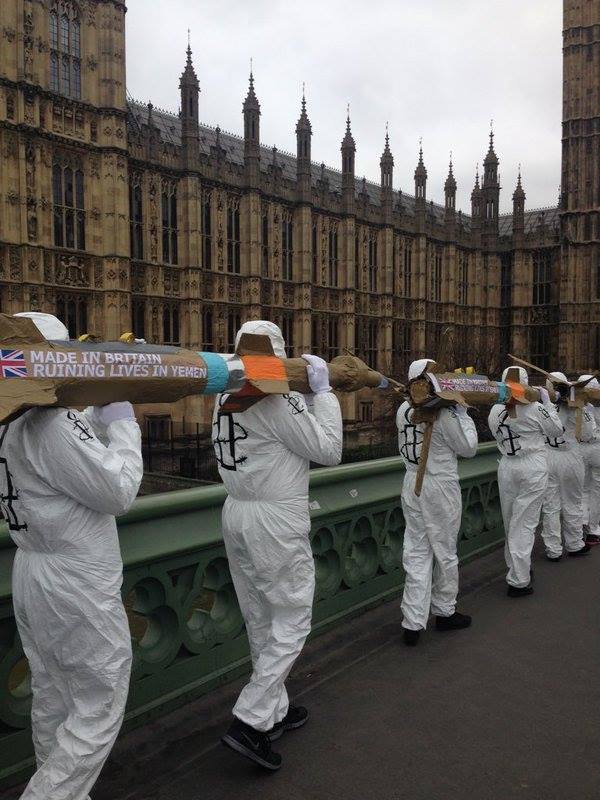 Demonstrators against arms to Saudi Arabia killing civilians in Yemen

There were demonstrations also outside Downing Street to highlight the British government’s role in arms trade with Saudi Arabia. Those participating wore white space suits and carried mock arms. As well as conventional weapons there have been major concerns regarding the use of cluster bombs (banned in many countries) and chemical weapons in the region.

Back in January according to the Independent, research by Campaign Against Arms Trade (CAAT) showed that, “the Conservative government has licenced £5.6bn in sales of arms, fighter jets and other military hardware to Saudi Arabia since David Cameron came to power.” This included selling Saudi 72 Eurofighter Typhoon aircraft and “major deals between Saudi Arabia and British companies include a £1.6bn agreement for Hawk fighter jets and bulk sales of machine guns, bombs and tear gas” see following link for full story,