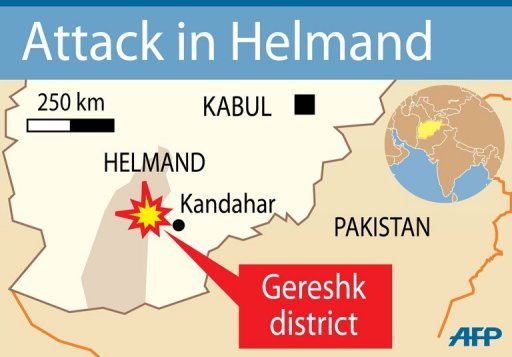 HELMAND, Mar. 11 – The operation launched by a unit of Islamic Emirate’s Martyrdom Battalion on Gerishk district administration center, Police and intelligence buildings early Wednesday morning lasted till around 11:00 pm last night with the remaining 2 Mujahideen safely extracted from the site.

The successful attack rattle the hireling enemy forces as 31 gunmen including several key commanders were killed and 37 others with more commanders wounded as well as 3 APCs destroyed and the targeted buildings sustaining heavy damage.