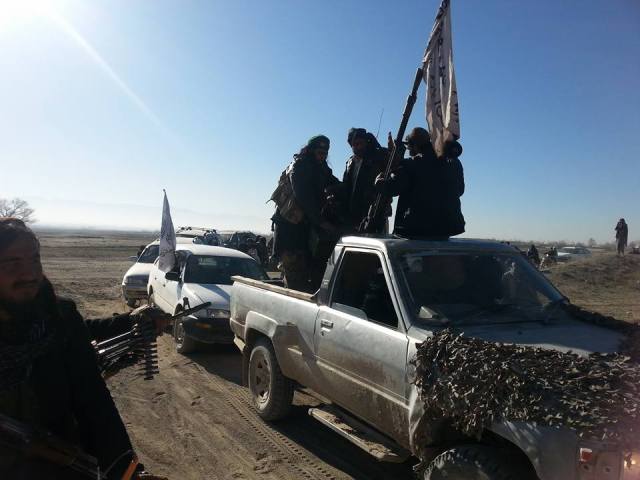 The attack in which heavy and light weapons were used resulted in the check post completely overrun and all the guard towers of the battalion destroyed as well as 32 hirelings killed and wounded.

All praise is due to Allah alone, no Mujahideen were harmed in the operation whereas 2 US machine guns, 3 US rifles, a US sniper, 3000 small arms rounds, 5 82mm artillery rounds and a sizable amount of other equipment was recovered from the scene.