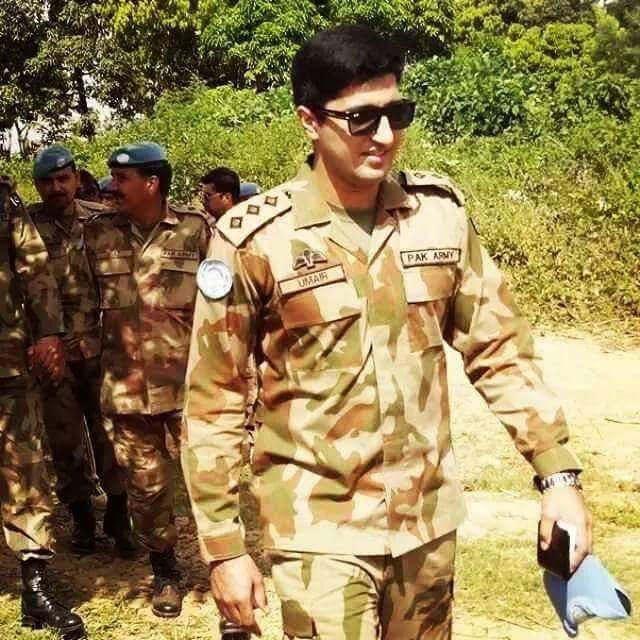 WILAYAT KHORASAN (Islamic State in Afghanistan/Pakistan) allege they killed Captain Umair Abbass today in North Waziristan during clashes with the Pakistan army. (This could not be independently verified). The group first emerged in the summer of 2014 when a group of disgruntled Taliban defected to form IS, see following link,

“Are IS gaining a foothold in AfPak? New video shows some allegiance in the region”

Since then IS have set up training camps releasing photos of their first “graduates” and carried out a series of operations against military, Taliban and other targets.

The military began operation Zarb-e-Asb (Sharp Strike) on 15th June 2014 along the border to clear the Federally Administered Tribal Areas (FATA) of militants. Today’s battle allegedly claimed the lives of 4 security personnel and 19 militants. Shawal valley has become the latest battleground and is considered one of the most difficult areas for the army to penetrate due to the terrain.

On the 24th February ISPR official posted the following statement on Facebook regarding his visit to Shawal,

COAS was briefed by Operation commander about operational gains so far and the impending operations. COAS was also briefed that the deeply forested ravines of Shawal Valley and area ahead of Data Khel which have been frequent infiltration routes of terrorists between Pakistan and Afghanistan, is now the last bastion of terrorists left in North Waziristan.

General Raheel Sharif directed to commence forthwith the last phase of Operation in North Waziristan which aims at clearing the remnants of terrorists from their hide outs in deeply forested ravines, isolate them and indiscriminately sever their links with their abettors anywhere across the country.

COAS expressed complete satisfaction over the gains and effects of operations and acknowledged the resolve of troops to fully eliminate terrorists from their left over sanctuary.

While addressing troops, participating in the operation, General Raheel Sharif commended their high state of morale and paid rich tributes to their resilience and sacrifice. COAS said that sacrifices of soldiers will not go waste and we will achieve the ultimate goal of a terror free Pakistan.

An account associated with Wilayat Khorasan confirmed deaths stating, “the Mujahideen were killed in clashes yesterday in Shawal area of North Waziristan.”

Deaths are difficult to confirm independently due to reporting restrictions in the region.