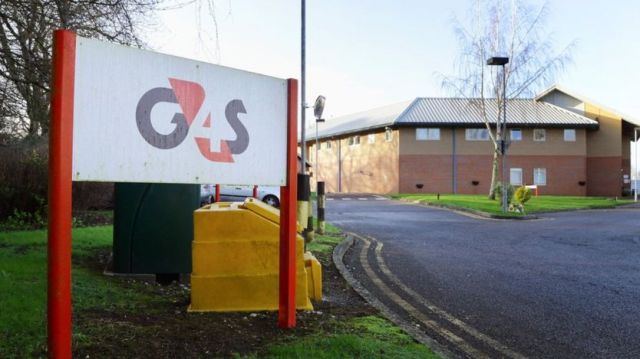 It comes as no surprise that the the media are reporting once again on alleged concerns with regard to G4S which describes itself as, “the leading global integrated security company specialising in the provision of security products, services and solutions”. The organization is active in more than 110 countries. The Guardian stated, “eleven staff were suspended or sacked from Medway STC in Kent last month after a BBC documentary alleged staff were inappropriately restraining inmates and falsifying statistics to improve the jail’s record.”

Also highlighted is the fact that earlier claims had been made back in 2003 by two Medway whistleblowers in relation to inmates being abused by staff and bullying of employees by the head of G4S children’s services. The Guardian reports,

“A letter, sent to the Youth Justice Board (YJB), G4S, Social Services Inspectorate and a Home Office minister by a youth justice academic on behalf of the whistleblowers, alleges children had been badly hurt when guards tried to restrain them, including one boy having his shoulder dislocated, and that staff were encouraged to falsify restraint statistics.”

“Allegations of abuse, now being investigated by police, included children being slapped on the head and the use of restraint tactics against STC rules, including pressing on a boy’s windpipe causing him to complain that he could not breathe.”

G4S were also highlighted in my report for Barbed Wire Britain regarding alleged abuse of asylum seekers in UK (2007) submitted to the Independent Asylum Commission. This included the case of a terrified asylum seeker who had been handcuffed to be delivered to an airport for deportation and who had his knee hit with a metal wheelclamp so severely he was deemed not fit to fly and airport staff ordered those guarding him to take him directly to hospital.

In 2014 I wrote of concerns regarding ex soldiers joining private security firms such as G4S around the globe whose practices were under question. I stated,

“Allegations have surfaced in relation to the role of G4S in a prison in a South Africa where inmates claim they had been subjected to electric shocks and forced injections. There are further serious allegations regarding G4S role supporting Israel’s brutal occupation,

“G4S operates and maintains security systems at the Ofer prison, located in the occupied West Bank, and for the Kishon and Moskobiyyeh detention/interrogation facilities, at which human rights organisations have documented systematic torture and ill-treatment of Palestinian prisoners, including child prisoners, held in solitary confinement.”

There were calls at that time from MPs for G4S to end its complicity in Israel’s abuse of child prisoners, see following link,

Middle East Monitor showed recently that at least the Boycott, Divestment, and Sanctions (BDS) campaign is making progress. Exposing G4S links with Israel led to a restaurant chain, Crepes & Waffles which has outlets throughout South America and Spain ending a contract with the company in Colombia. G4S had been responsible for “securing the transit of cash and valuables” but Israeli connections were seen as negative and taken into account.

With all these allegations spanning several countries how can G4S be viewed as fit for purpose? This does not sound like a few “bad apples” the line taken by a spokesperson for the company more like well established orchards well routed around the globe.

Many human rights campaigners will now be relieved to hear that according to the BBC, G4S is to sell its children’s services business including the contract to manage two secure units – “one at the centre of abuse claims”.

As part of ongoing review of our portfolio of businesses we have begun a process to sell G4S UK Children’s Services http://goo.gl/Gzseld

Panorama had “uncovered claims relating to the treatment of 10 boys at the Medway unit near Rochester”. Kent Online reported, Paul Cook, managing director for G4S Children’s Services stating he was “shocked and appalled by the allegations”. He said, “clearly this type of alleged behaviour has no place in any of our institutions. The allegations relate to staff hurting children, the use of foul and abusive language and the cover up of incidents.'”

Later the director of the facility was reported as “stepping down” at the end of January but how long will it be before more claims of abuse against vulnerable adults and children emerge? This is unlikely to be the end of the G4S “allegations” story!